Rajinikanth-Aishwaryaa seek blessings at Satchidananda Ashram ahead of Kabali release

Mumbai: South Indian superstar Rajinikanth has been traveling in US since nearly a month. The actor along with his daughter Aishwaryaa recently visited Satchidananda Ashram, also known as Yogaville, in Virginia.

According to reports, the two will be back home this week as Rajinikanth is yet to watch the final copy of 'Kabali', which is slated to hit the theatres on July 22. 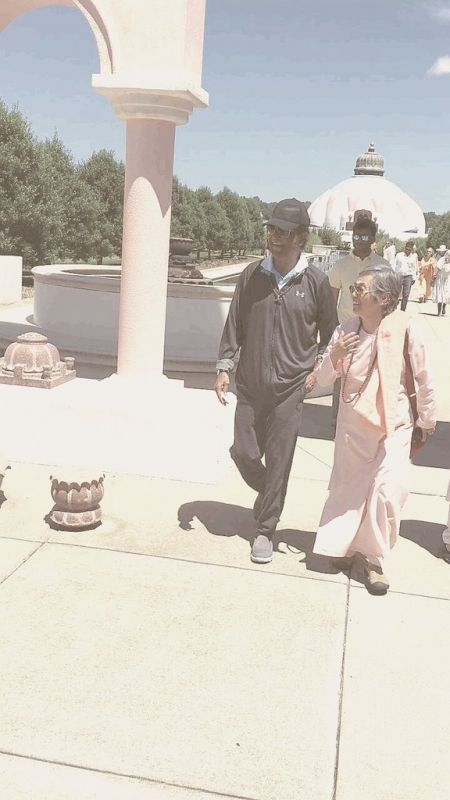 According to reports, Rajinikanth's highly anticipated film has found its way online. The leak comes after producer S Thanu obtained an injunction order from the Madras High Court restraining more than 169 websites from indulging in online piracy and infringement of copyright.