She was last seen in Rohit Shetty's 'Dilwale,' opposite Shah Rukh Khan.

Mumbai:  After winning hearts in 'Minsaru Kanavu,' alongside Prabhudeva and Arvind Swamy, Kajol is back to Kollywood, 20 years down the line.

This time round, she'll be seen alongside Dhanush, in 'Velaiilla Pattadhari 2'. 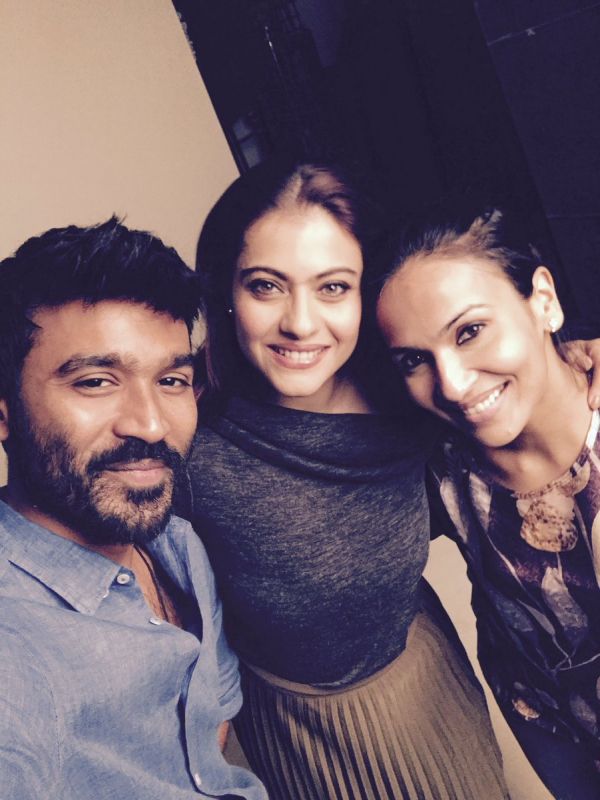 The film will be helmed by the Dhanush's sister-in-law and Superstar Rajinikanth's daughter, Soundarya Rajinikanth. 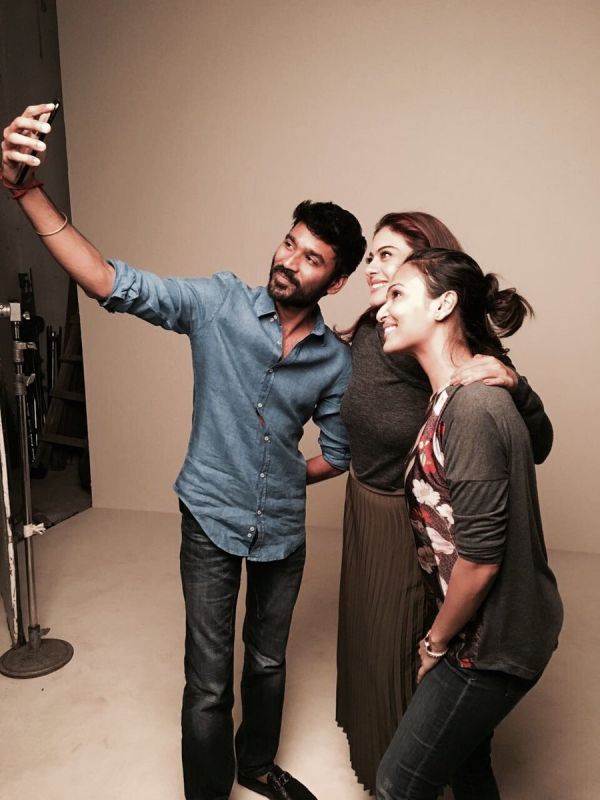 Kajol joined the duo on a photoshoot for the film, and she seemed to be extremely excited to be collaborating with them on the project. 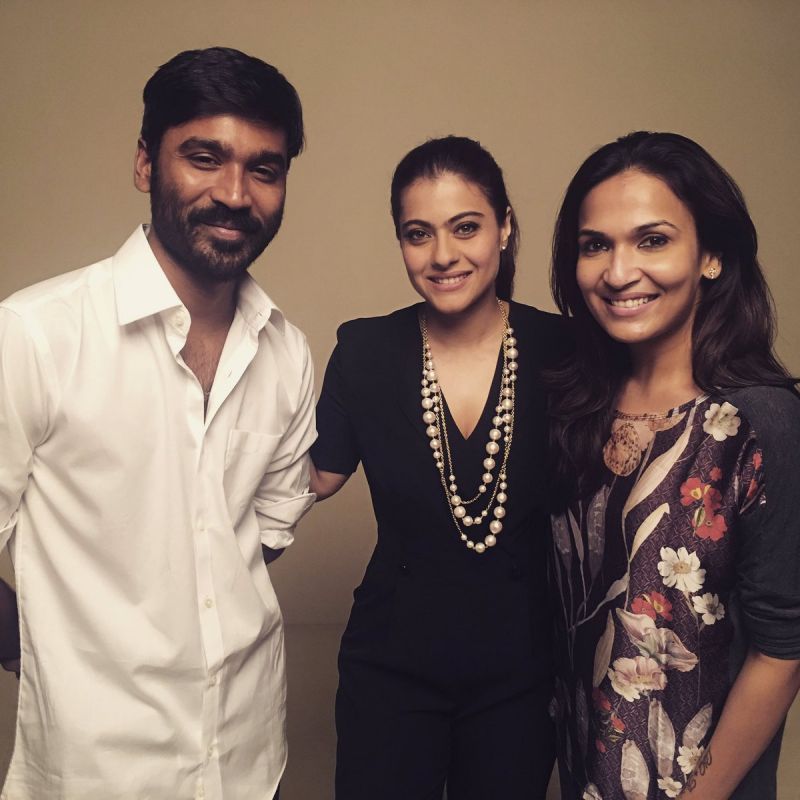 The film is a sequel to Velraj's extremely successful 'Velaiilla Pattadhari,' and will also star Amala Paul and Samuthirakani in pivotal roles.

Kajol and Soundarya later in the day, took to Twitter, to express their excitement on working with each other. 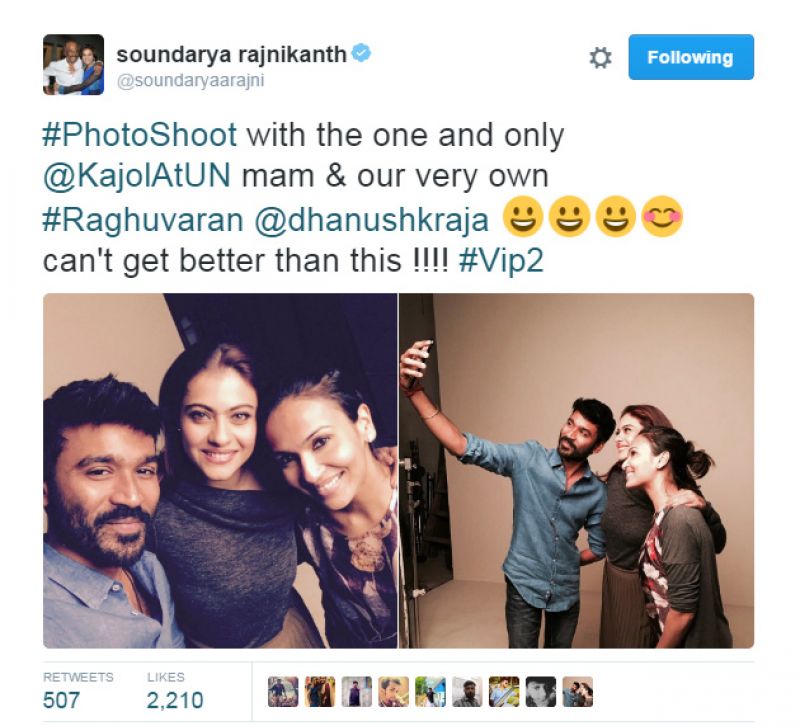 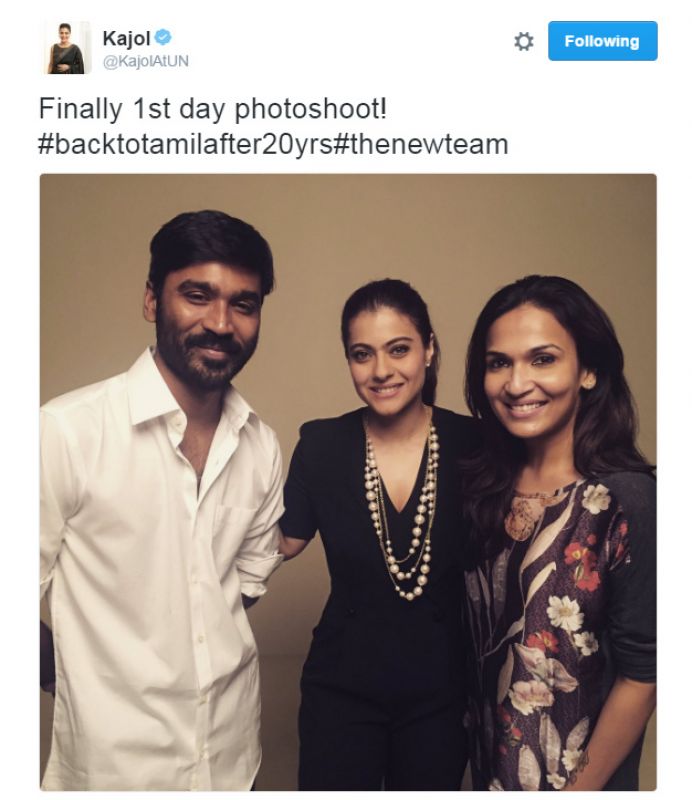 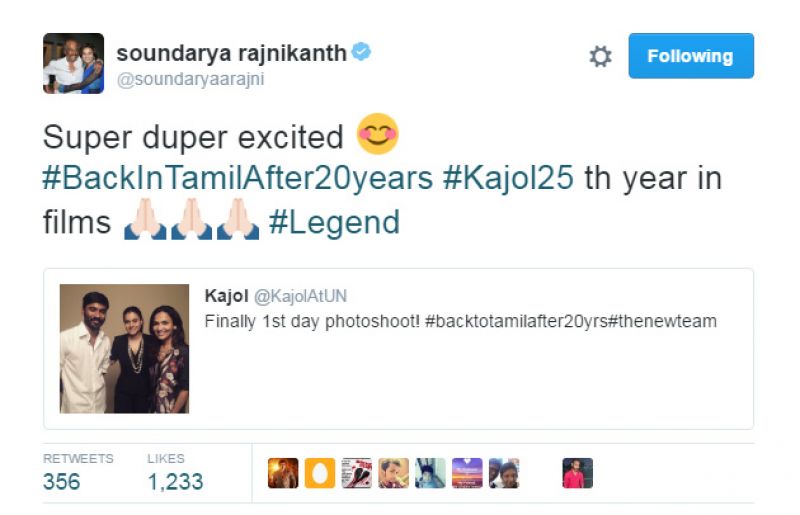 The film, slated for a 2017 release, will have music by Sean Roldan, and will be co-produced by Dhanush himself.

Fans can barely wait for this highly anticipated film to hit the big-screen. We can't blame them for that, can we?

■Kajol makes a comeback to Kollywood, to star alongside Dhanush in VIP 2
■Kajol is excited to play a single mother in hubby Ajay Devgn's next film
■Harshvardhan Rane, Dhanush in Bejoy Nambair’s Hindi remake