Athiyan Athirai, a former assistant of popular filmmaker Pa. Ranjith, talks about his debut venture titled Irandam Ulaga Porin Kadaisi Gundu, a film with an intense subject. He reasons out why such stories need to be told.

Talking about the reference to World War II in the title, he says, “Yes, the film has a connect with war, although it is set in contemporary times. War isn’t something which ends in a day, when someone flings a bomb. War will impact a country for centuries to come. IUPKG is a story of a simple man, a lorry driver played by Dinesh and how the residues of war affect his day-to-day life.” 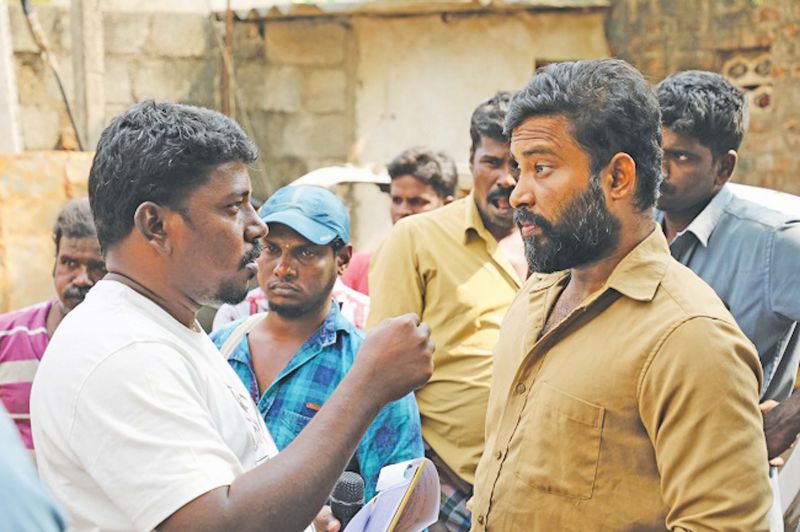 The director says that he has taken inspiration from his real life experiences. On choosing an actor as lead protagonist, he says, “Dinesh’s face can be easily connected as a commoner. I have seen at least 100 lorry drivers and I felt Dinesh aptly fits the role of a lorry driver. His life goal is to buy a lorry, which never materialises. He learnt also to drive a lorry.”

Anandhi plays his pair as a B.Ed student. Munishkanth portrays a very crucial role and this film is very significant in his career, Athirai vouches. John Vijay and Lingesh are the villains.

So, what did his guru Ranjith say after watching the flick? “After giving a big hug he said, ‘You have done a splendid job. Dinesh did two films with me, but this is his best. And I am happy that I am doing this film in my home banner Neelam Productions’.”

Did the pressure of delivering a good product mount, especially after Pariyerum Perumal’s huge success and critical acclaim? “I won’t say that! PP’s mammoth success did not bother me much, because though Neelam Productions produced the film, its director was not an assistant of Ranjith.  But being the first person (assistant) coming out of Ranjith’s stable, there were huge responsibilities for me to give a proper film, which should be appreciated and accepted by people and carry on my mentor’s legacy. That way I was very careful.” The film has Tenma of ‘Casteless Collective’ as its composer.