It is an open secret that versatile actor Vijay Sethupathi is debuting in Tollywood with the Chiranjeevi film Sye Raa Narasimha Reddy. He plays a Tamil-speaking guy named Obayya who is a trusted aide to Uyyalawada Narasimha Reddy, essayed by Chiru. Though the looks of Nayanthara and Amitabh Bachchan were revealed earlier, those of others in the cast were kept under wraps.  Some of VSP’s pictures from the sets of the film shot in Hyderabad have been leaked on social media now and they are going viral. 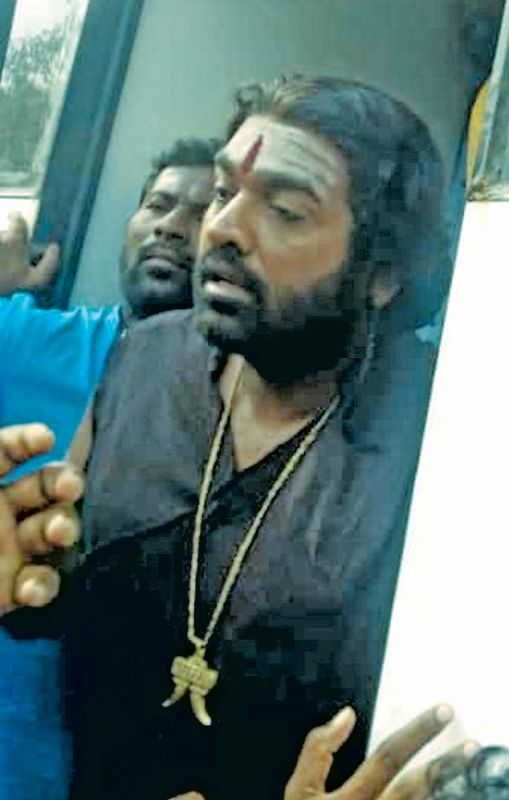 VSP with a saintly attire, long hair, thick moustache and beard and sacred ash on his forehead in the pictures appears to be playing a yogi in the film. There’s yet another picture from the film, making rounds on social media and which has been posted as the climax of the film.

‘The South has given me so much of love’