Amy Jackson is one of the most popular Indian actresses on Instagram. Quite often she stuns netizens by releasing her bikini-clad body. The latest picture she posted on her Instagram, where she is seen embracing a man wholeheartedly, is going viral. 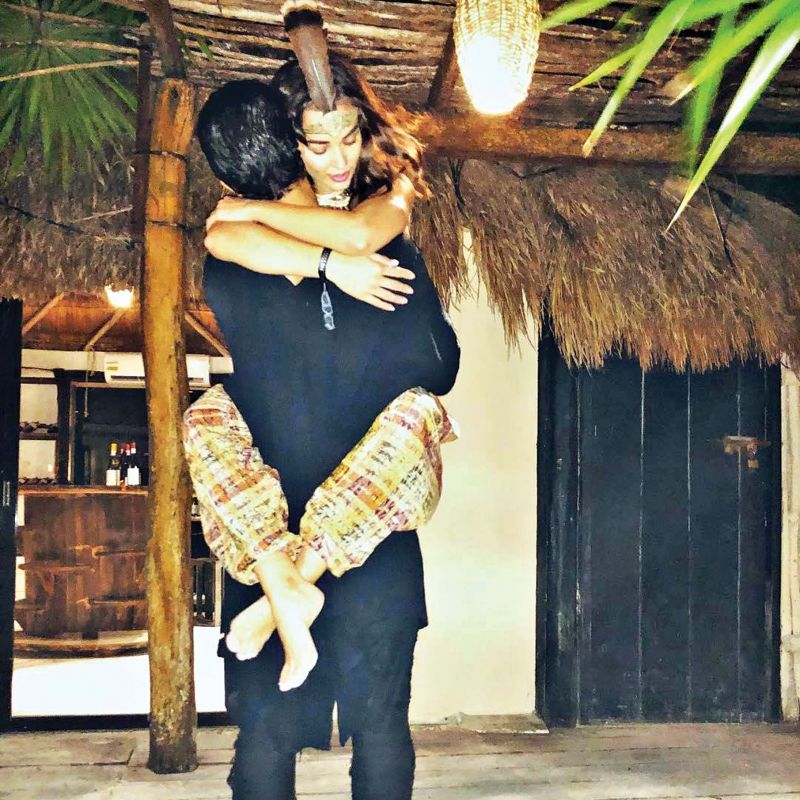 The pretty actor is said to have her own share of linkups with a British as well as a Bollywood actor and news of her involvement has also put her in the spotlight often.

The man in the Instagram post could not be identified as he has his back to the camera and her have fans started speculating over whether it could be her boyfriend. The actress is presently busy with Superstar Rajinikanth-Akshay Kumar sci-fi thriller 2.O, and The Villain, a Kannada movie. Amy was supposed to portray the role of Lisa Haydon in the south remake of Queen, but she opted out due to her prior commitments to the English TV series Supergirl as Imra Ardeen/Saturn Girl.