Kamal Haasan launched the first look and title of his upcoming production with Vikram in the lead on Tuesday. Titled Kadaram Kondan, the film also has Akshara Haasan playing a crucial role in it.

The Kadaram Kondan poster shows a heavily tattooed Vikram sporting a funky hairstyle and flashy sunglasses. He is also handcuffed, with fragments of smoke around him and in an action mode. He appears more like a gangster who is so stylish and yet wild. The Petronas Towers featured in the poster suggests the story of the action film may be set in Malaysia.

Kadaram Kondan could also be a reference to Chola King Rajendra Chola 1, who sent an expedition in 11th century to invade Kadaram (Sri Vijaya / Kidah in modern Malaysia) on behalf of one of its rulers who sought his assistance to gain the throne.

Bankrolled by Raaj Kamal Films, and directed by Rajesh M Selva, of Thoonga Vanam fame, the film has music by Ghibran. 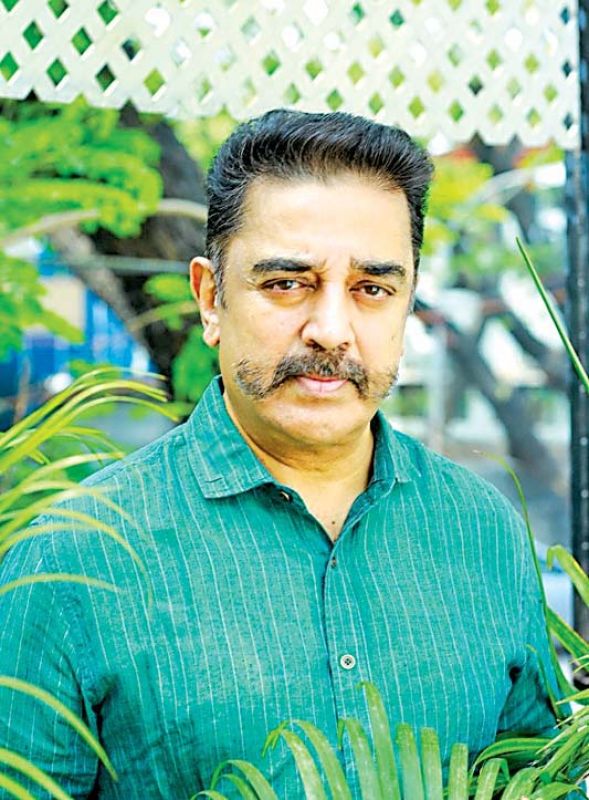 While Vikram has Gautham Menon-directed Dhruva Natchathiram, expected to hit the marquee soon, the actor has also signed up a mammoth Malayalam period film Maapillai Kalagam where he plays a freedom fighter.

Kamal, on the other hand, will be completing Sabaash Naidu before going ahead with the Shankar directorial Indian 2, which is a sequel to his earlier blockbuster, released two decades ago. The actor-turned-politician also announced a sequel to his 1991 film Thevar Magan.

Akshara was in the news recently for the wrong reasons where her private pictures were leaked online and went viral. It is not known if the pictures in which she is seen in inner-wear are morphed or not.

Diary is the title of Arulnithi’s new film