DECCAN CHRONICLE. | ANUPAMA SUBRAMANIAN
Published Oct 7, 2019, 12:00 am IST
Updated Oct 7, 2019, 12:59 am IST
Indian Panorama is the flagship section of IFFI, showcasing the best of contemporary Indian feature and non-feature films of the year.

A still from House Owner

The 50th International Film Festival of India, 2019 will showcase over 200 best films from 76 countries, 26 feature films and 15 non feature films in Indian panorama section. IFFI is celebrating its Golden Jubilee this year at Goa between November 20 and 28 and around 10,000 cineastes are expected to participate in the golden jubilee edition, Prakash Javadekar, Union Minister for Information and Broadcasting, said.

The Dadasaheb Phalke Award winner Amitabh Bachchan's outstanding contribution to Cinema will be honoured and celebrated through a package of his impactful and entertaining films in the 50th edition. 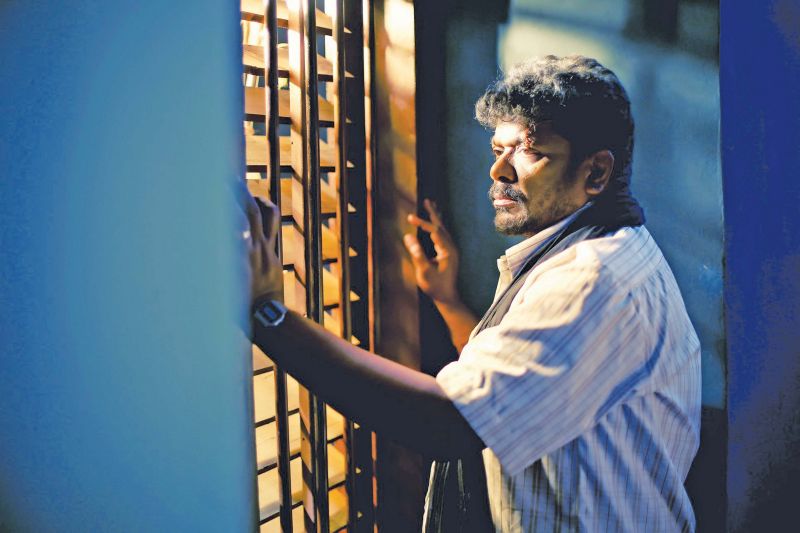 Only two Tamil films —Lakshmi Ramakrishnan’s much acclaimed House Owner and R.Parthiban’s record attempt Oththa Seruppu Size 7  — have been selected among the 26 feature films to be screened in the  Indian Panorama section.  DC speaks to Lakshmi Ramakrishnan who is on a personal trip to California and Parthiban who was shooting for his upcoming Jyotika starrer Ponmagal Vandhal.

“It was a big honour totally unexpected. I feel humbled. I was getting self-doubts. Am I in the right path? Though the press was very supportive and gave me all encouragement, there were no positive numbers from the theatres. After all, we are making films for the public as well and I was thinking when the press and media recognise my effort, where am I going wrong in not being able to pull the audiences to the theatres. Should I change my approach to filmmaking? I was feeling a little down after making House Owner.

However, this news on House Owner being selected in Indian Panorama of IFFI has given me a big boost. There’s big hope,” she said.

“Congrats to other teams who have been selected for screening at IFFI.  I am looking forward,” she added.

Set against the backdrop of the Chennai floods of 2015, House Owner narrates the poignant romantic story of an elderly couple during the natural disaster. Written and directed by Lakshmi Ramakrishnan, and produced by her husband Ramakrishnan, the film featured Kishore, Sriranjani, Pasanga Kishore and Lovelyn Chandrashekar. The film was critically acclaimed and opened to good reviews.

“I had added the prefix Radhakrishnan to my name Parthiban earlier. Now after hearing the news of Oththa Seruppu Size 7 being selected for Indian Panorama, I want to add a lot more prefixes like ‘emotional’, ‘immensely happy and proud’ at this point of time.  My joy is boundless. I have bagged two national awards in my career spanning three decades.  But, this is the first time my film got selected for Indian Panorama.

The struggles I have gone through to bring out Othatha Seruppu Size 7 are well-known. It was my long time dream and solely meant for creating records.   Right from the beginning the press and media were very supportive and encouraged me with their applause and reviews and they are mainly responsible for reaching out to people. That's why OSS7 got such a good opening and I could sustain in the theatres.
Now that I have been selected for Indian Panorama at IFFI, the film would get international recognition.  It gives me an opportunity to reach out to global audiences. Thanks to Chairman, juries and other members of IFFI for giving me this honour,” he said.

Othatha Seruppu Size 7, a murder mystery thriller is one-of-its-kind attempt by Parthiban, produced, directed, written and himself starring as the solitary character. The movie, which made it to ‘Asia Book of Records’ and ‘India Book of Records’, released recently and received critical acclaim besides garnering appreciation from audiences.

‘We have to move on at some stage’