Jayam Ravi to do his second film with Karthik Thangavel

Flush with the success of his recent offering Adanga Maru which touched upon issue of sexual abuse of women and children, Jayam Ravi shared his experiences as how he was initially apprehensive about debutant director Karthik Thangavel’s abilities as the story he narrated was plain with repetitive stuff. The entire team including Ravi’s wife Aarthi, mother-in-law Sujatha Vijayakumar who bankrolled the film, Raashi Khanna, Karthik Thangavel and Azhagam Perumal among others were seen high-spirited over the victory of AM.

Speaking at the event Jayam Ravi said with a pun, “I met Karthik who joined as an assistant during the shoot of my earlier movie Ameer’s Aadhi Bhagavan, which saw many Deepavalis and Pongals (got stretched for a long). He was very active and 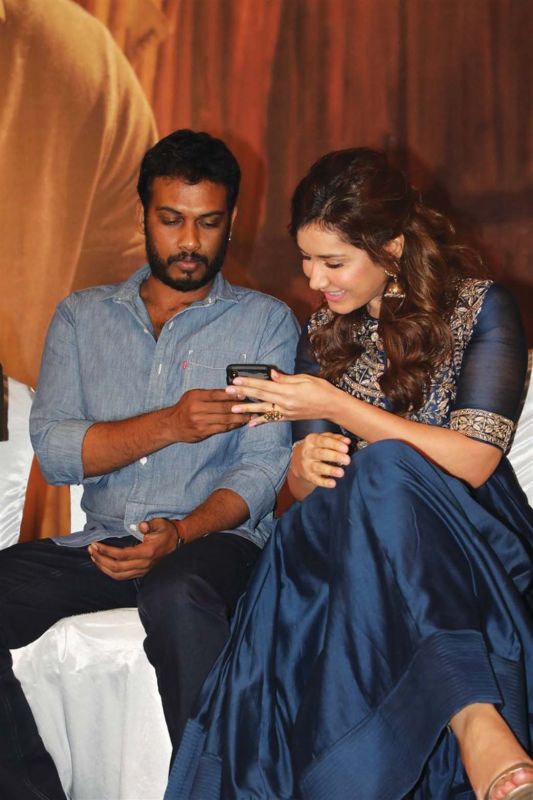 I was wondering ‘oh yeah, the shooting will soon be wrapped up.’ Much to my surprise, the shoot was completed exactly after 11/2 months after Karthik came in (laughs). Then itself I decided, I should work with him in a film in future.”

Though originally, I was hesitant, later I got convinced with the way he conveyed the screenplay, which had lot of emotions, added Ravi. The Tik Tik Tik actor also announced that he would join hands with Karthik for yet another movie, which has a hard-hitting theme.

Another dad-daughter duo to hit the silver screen