The film will inspire other athletes like me: Mariyappan Thangavelu

DECCAN CHRONICLE. | KIRUBHAKAR PURUSHOTHAMAN
Published Jan 2, 2017, 12:00 am IST
Updated Jan 2, 2017, 12:23 am IST
...says Paralympic gold medal winner Mariyappan Thangavelu, who is looking forward to the biopic of his life, which is directed by Aishwaryaa Dhanush.

Kollywood provided treat after treat for its fans on New Year’s eve. While Vijay fans went into a frenzy because of the Bairavaa trailer, Gautham Menon released an ear-pleasing song teaser from Dhanush’s next film Ennai Nokki Paayum Thotta.

However, the biggest surprise came from Aishwaryaa Dhanush. She announced a project which everyone least expected — the 3 director revealed that her next film would be the biopic of Paralympic gold medal winner Mariyappan Thangavelu! And it was none other than Bollywood star Shah Rukh Khan who unveiled the impressive first-look of the movie titled Mariyappan. 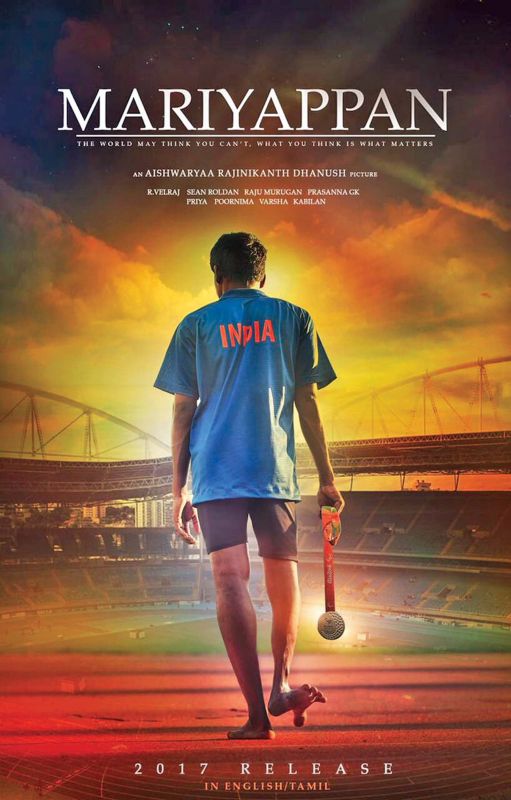 In a candid chat with DC, Mariyappan expresses his excitement about the project, how it materialised and what it would mean for young athletes like him.
“I think this film will inspire other athletes and sportspersons like me, who are from rural backgrounds. In that way, I really feel happy about this project,” starts Mariyappan, who is a native of a village near Salem.

He adds, “The makers approached me two months ago to make my story into a film, but the contract has not been signed yet. I have been given a date to come to Chennai for the formal proceedings.”

The other pivotal part of the movie will be about how Mariyappan’s mother shaped him as an athlete and as a person. When probed if the film will bear some fictional elements to it, he affirms, “No. It will be my life story only.”

The other exciting news for Mariyappan, a fan of Superstar, is that he has been told that he might get a chance to meet Rajinikanth soon — “I’m a fan of Thalaivar and I would be delighted if I meet him.”

He is now busy with his training and shares with us his upcoming targets — “I am now aiming to win medals in the forthcoming Asian Games, Olympics and World Championships.”

The film boasts a talented crew with Sean Roldan composing the music and Velraj cranking the camera. The other interesting element of the film is Raju Murugan, who has been roped in to pen down the dialogue for Mariyappan. “Yes, I will be writing the dialogues for the film, and we are currently working on the script. I can’t reveal anything further about the film,” says Raju Murugan.

With the success of Dangal, biopics are undoubtedly ruling the roost in Bollywood, and Mariyappan might set the trend in K’town as well.