Vikram’s new film, a sequel to his earlier blockbuster Saamy was launched on the auspicious Vijayadasamy Day. Steering away from the usual way of naming a sequel by just adding ‘2’ to the title of it’s first part,  director Hari who helms the affair confirms to DC that he has titled it Saamy Square. 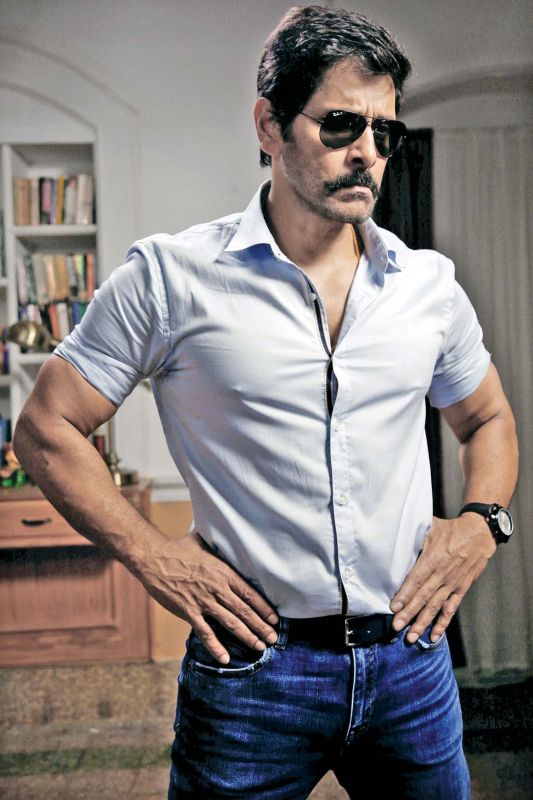 While Keerthi Suresh plays the heroine, Trisha who was the lead in part one, has also been roped in. Produced by Shibu Thameem, the music has been scored by Devi Sri Prasad. Chiyaan has undergone yet another image makeover to look strong and fit again for the role of a top-rung police officer. The first look reveals it all!