Ajith picks up a pistol

DECCAN CHRONICLE. | ANUPAMA SUBRAMANIAN
Published Aug 1, 2019, 12:32 am IST
Updated Aug 1, 2019, 12:33 am IST
Pictures and videos of Thala at Kovai airport and his subsequent stills from the event are currently making the rounds.

A few months ago, pictures of Ajith practising rifle shooting went viral. It appears now the Viswasam actor is taking to the sport quite seriously and is currently participating in the Tamil Nadu state rifle shooting championships — 10 metres air pistol category —being held in Coimbatore.

Pictures and videos of Thala at Kovai airport and his subsequent stills from the event are currently making the rounds. AJith is  and his fans are going crazy. 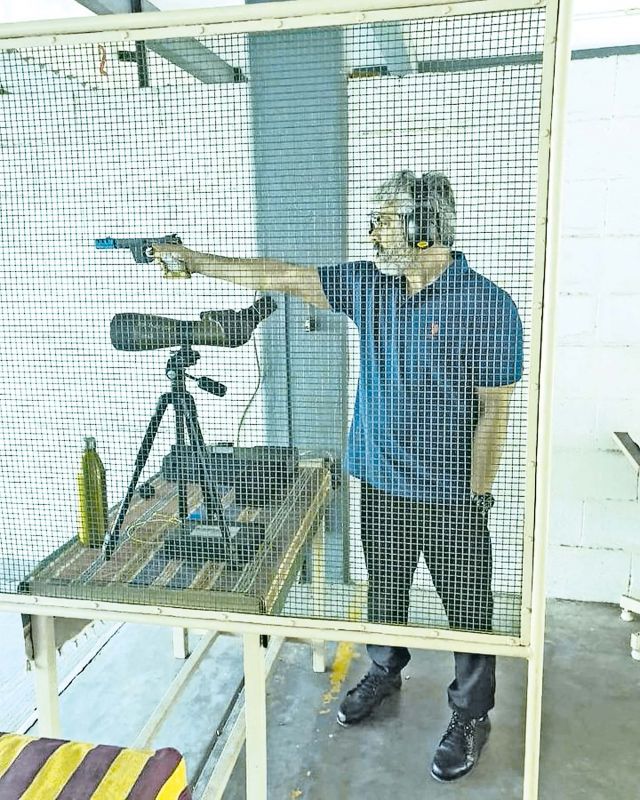 Ajith is known for his off-screen abilities and enthusiasm. He is a skilled bike rider, a car racer, good cook and great photographer and even has a pilot’s licence. Thala is also in the faculty of the prestigious MIT as a helicopter test pilot and UAV system adviser whose team Dhaksha also created a record at a recent international drone competition.

On the work front, Ajith is awaiting the release of Nerkonda Paarvai on August 8.

The film, directed by H Vinoth, is a remake of Bollywood flick Pink with Ajith playing the role of a lawyer in the courtroom drama.