PeeCee is currently basking in the immense success of the second season of her hit TV show, 'Quantico'.

Mumbai:  Priyanka Chopra might not have signed on a Bollywood film since eons, but her Hollywood career is quite happening as it is.

The actress, who's been filming for her Hollywood feature film debut, 'Baywatch,' since a while now, has already taken the West by storm with her stunning turn as Alex Parrish in the hit TV show, 'Quantico'.

And now, the internationally loved actress has shared her first look as the 'vamp  from 'Baywatch'. 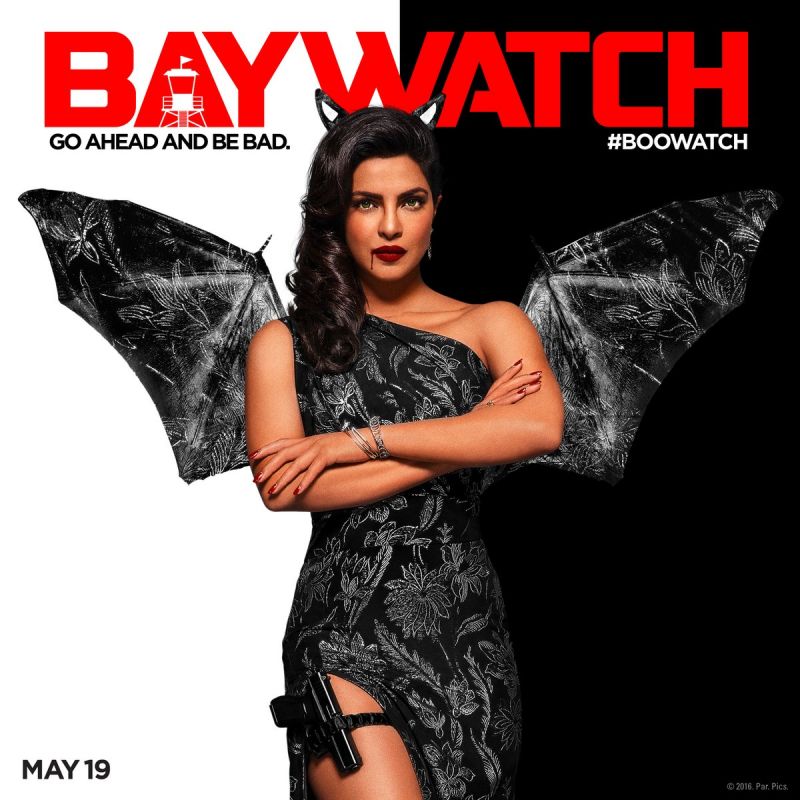 PeeCee took to Twitter to share the look, to commemorate Halloween, and the still is every bit the Priyanka we all so love to admire for hours at length. 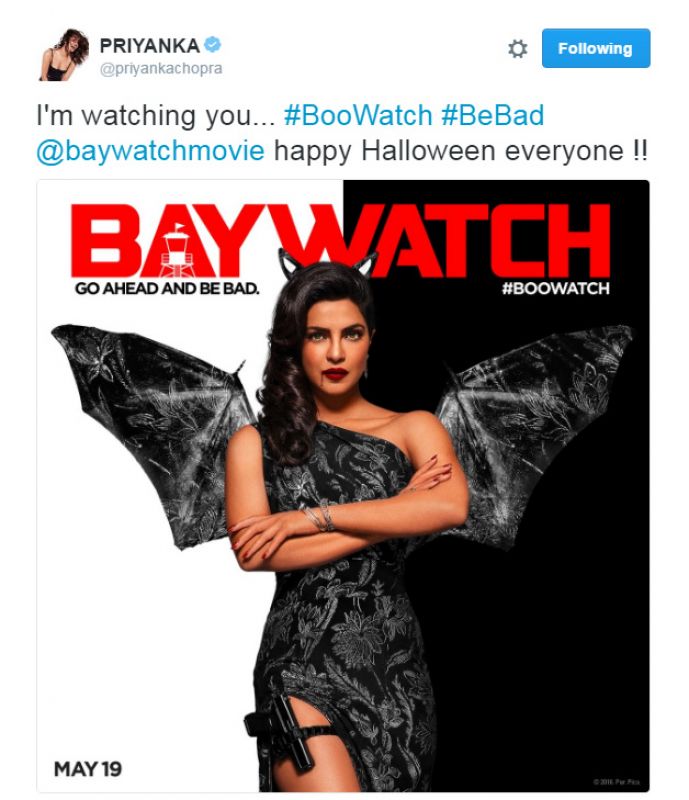 The film, scheduled to release on May 19, 2017, stars Dwayne Johnson and Zac Efron apart from the 'Barfi' actress.