Rob Kardashian lashes out at Kylie Jenner, leaks her phone number on Twitter!

In a series of tweets he shared the phone number of the 19-year-old model. (Photo: Instagram)

Los Angeles: Reality TV personality Rob Kardashian has reportedly shared his half sister Kylie Jenner's phone number on social media for not inviting his pregnant fiancee, Blac Chyna, to the baby shower planned for the couple.

The 29-year-old 'Keeping Up with the Kardashians' star took to Twitter to blast Kylie and other family members for mistreating Chyna again.

Furious Rob wrote, "Didn't invite the Mother of my child to a baby shower you all were trying to throw for me !! You all must have lost your damn minds." 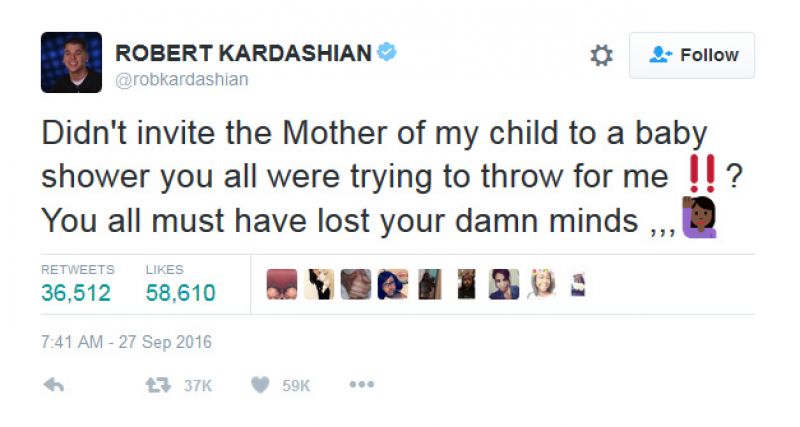 In a series of tweets he shared the phone number of the 19-year-old model. "I ain't hacked either this is rob dog lol," he wrote alongside the number. 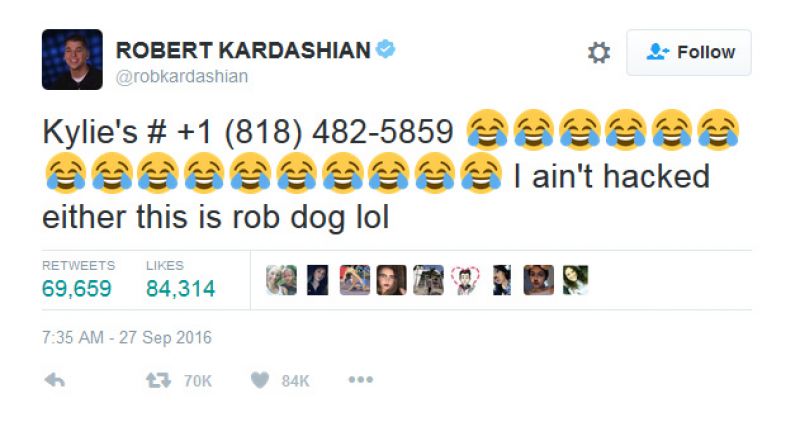 None from the Kardashian-Jenner clan has responded to Rob's tweets so far.

■Watch: Kylie Jenner does it again, strips down to bare minimum
■Kylie Jenner surprises yet again as she flaunts off her new platinum locks
■Kylie Jenner gifts Tyga a beast
■Kylie Jenner shuts down hearsay
■Do you want to feel them to validate: Kylie Jenner on boob job queries
■Blac Chyna says she will eat her placenta
■Rob Kardashian, Blac Chyna on the rocks?
■Will sue if sex tape with Tyga leaks: Blac Chyna