Shawn Mendes and Camila Cabello couple up while celebrating their VMAs win!

Shawn Mendes and Camila Cabello won The Best Collaboration Award at the 2019 MTV Video Music Awards on August 26 at the Prudential Center in Newark, N.J., but what’s got the Twitter town talking was their first-ever live performance of Señorita that night.

And boy did they steam up the place with their near-miss kisses and light lip-brushes on stage! And then, says Justjared, the cute couple were spotted backstage after taking home their award, looking as coupled up as ever. 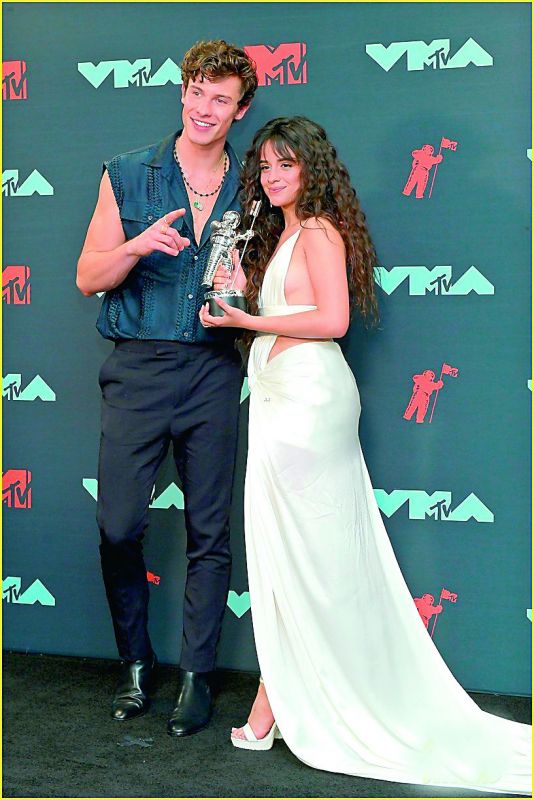 Shawn Mendes and Camila Cabello couple up while celebrating their VMAs win!

Later in the night, Shawn and Camila took to social media to thank their fans and share their first couple photos on their Instagrams! “Thank you @vmas & thank you to everyone we love you!! ????,” Shawn wrote.Camila added, “SEÑORITAAAAAA! won best collaboration award!! thanks @vmas ?????? and thank u guys so much for tonight!