A young boy who saved his brother’s life using moves he saw in an action film will now meet his hero, Dwayne Johnson.

According to Eonline.com, in July, 10-year-old Jacob O’Connor found his two-year-old brother Dylan lying face-down in a pool at their grandmother’s home in Detroit. The young boy had recently watched San Andreas, a film in which Johnson plays a helicopter pilot who rescues his daughter from a near-drowning, and used the same technique as shown in the movie to save his brother. 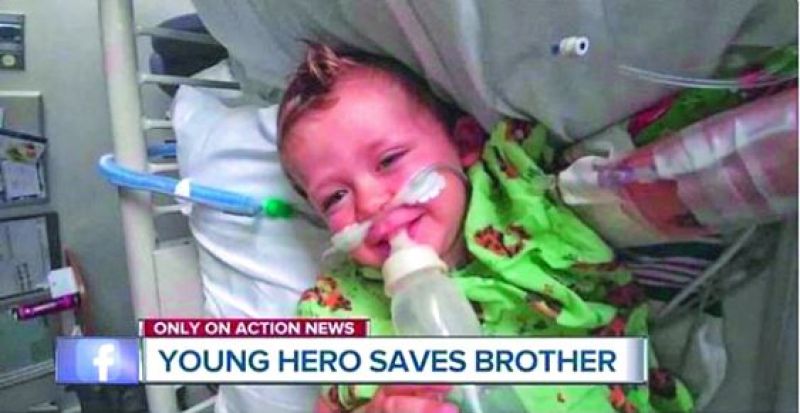 The actor and ex-wrestler posted a video to Instagram at the weekend, inviting Jacob to visit him on the set of his latest film. “You know there’s a little 10-year-old boy out there and his name is Jacob O’Connor. He’s a real-life hero,” he said in the video. “He couldn’t find his little two-year-old brother Dylan so he went out back and found little Dylan lying face down in their pool. Jacob pulled him out, remained calm and started administering CPR and chest compressions and saved his little brother’s life.”

Dwayne continued, “I’m so proud, I’ve got to shake the hands of a real-life hero (sic).”