Stills from the sitcom

“So no one told you life was gonna be this way” (Neither did anyone tell Friends’ creators that things would be this way in 2019). “Your job’s a joke, you're broke; your love life's D.O.A” (Well, the present-day perception of one of the most popular TV shows ever created, is no better). “It’s like you’re always stuck in second-gear” (Some say that is very true with the humour and social sensitivity of the show’s characters).

Well, whether you sang along to the show’s theme song or not, you get the drift. While there seem to be enough homages this month celebrating 25 years since the sitcom first premiered, let’s face it: in today’s ‘woke’ world, where there is no place for sexism and homophobia, the show’s time may have come. Millennials and gen-Z’ers are split on the matter: some are on-board, while others still consider it their best friend. 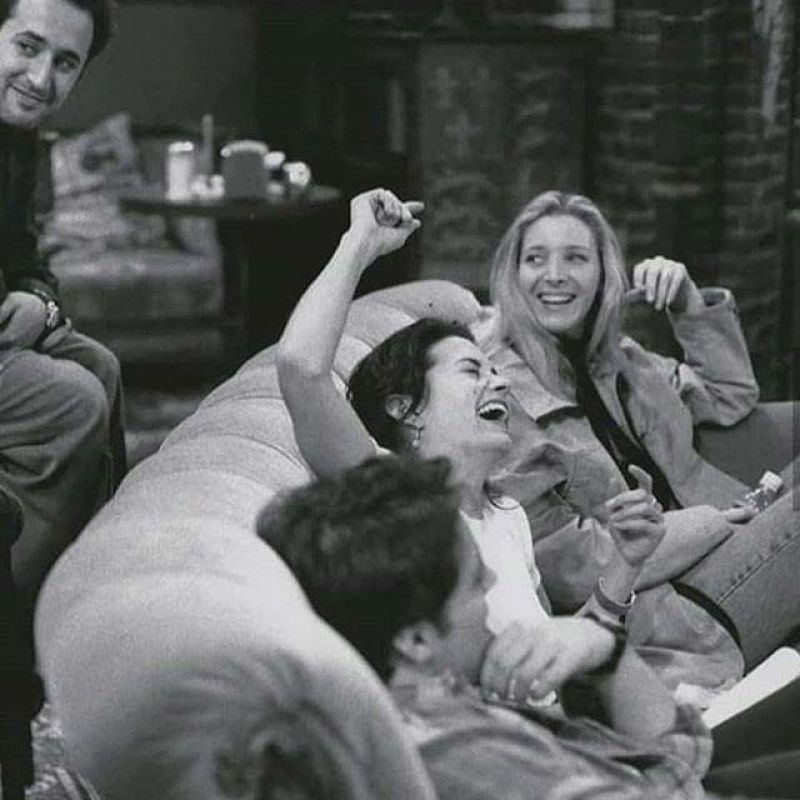 The six characters of the comedy series — Chandler, Phoebe, Ross, Rachel, Monica, and Joey — had their own life struggles.

Supporting the show but not too much, Khyati, a recent graduate, says, “Friends still remains a guilty pleasure for me. But there are many other television shows that are worth the watch. Fleabag, Peaky Blinders, Sherlock, RuPaul’s Drag Race are only a few of the shows that one can binge-watch.”

The six characters of the comedy series — Chandler, Phoebe, Ross, Rachel, Monica, and Joey — had their own life struggles. And humour was a strong tool to brighten up their otherwise boring lives. But the show relied on cheap shots and one-liners, such as Chandler being mocked for being effeminate, or some crass joke on Rachel’s ‘hotness’. All this may have been appropriate for the time, but not anymore. Friends did not adequately represent race either.

However, writer Kuwar Singh, avers, “People continue to love and support the series so much that news has come out stating that young people like to watch Friends because it is from an era where people did not have phones. Pals actually sat face-to-face. But, yeah, the show has problems. For instance, in contemporary 90s, NYC’s population was only one-third white, as it still continues to be. New York has so many people from different races. It feels bizarre that, despite that, the six Caucasian characters don’t feel like dating someone from another race.

In the episode The One with Ross’ New Girlfriend, Ross found a non-Caucasian girlfriend only after he travelled oversees, which is unbelievable considering that they resided right in the heart of a city where people from diverse socio-economic-ethnic backgrounds could be found everywhere.

Kuwar adds, “It’s sad that the show is the way it is. It is quite obvious that the sitcom had a huge cultural impact on millions of people who are absolutely in love with the show or at least have watched Friends.” He suggests that the sitcom could have still remained funny, as there is a chunk of humorous content that is not misogynistic, homophobic or offensive in any manner. But now, it’s all just a lost opportunity.

“The show is meant to be a comedy and, in my opinion, it should be treated like one. Being an Indian and belonging to gen-Z, I'm still in love with the show. Oh, and the show also showcases contemporary issues like surrogacy, single motherhood and infertility and, even according to recent mentality, I'll say the show was ahead of its time,” snaps Shriya, a Friends lover, on a concluding note.