On Monday, hours after ex-girlfriend Tana Mongeau announced that she would soon be  married to fellow YouTuber Jake Paul, Bella Thorne shared a slideshow of photos which showed her crying on her Insta account, captioning her post, “When ur ex gets engaged.”

The post caught the eye of Mongeau, who commented “omg”. 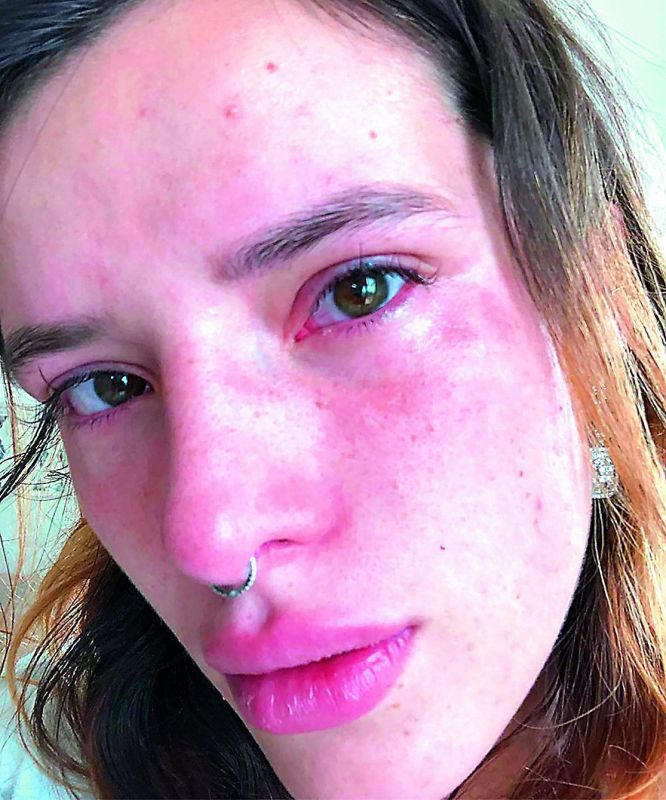 People.com reports that this wasn’t the only time Thorne addressed her relationship with Mongeau. The Famous in Love star also shared an Insta photo of the two of them sharing an intimate embrace while on a yacht in honour of the social media star’s 21st birthday.

“Through thick and thin, I love you Tana. happy bday you beautiful beautiful special girl (sic),” Thorne captioned the post. In February however, the two split after a little over a year of dating. Both subsequently confirmed the same on their social media pages. “Tana and I aren’t together anymore, pls stop asking. We love U guys,” Thorne shared, while Mongeau wrote, “I love her forever. she changed my life forever. don’t rly wanna talk on it,” while assuring fans that there was no bad blood between them. “There’s no negativity at all,” Mongeau tweeted. While Thorne may be emotional over Mongeau’s new union, it appears she wishes the couple well as she liked an Instagram post of Paul and Mongeau posing together outside a Mercedes-Benz dealership.

Meanwhile, putting an end to rumours that she and fellow YouTuber Paul were just playing a joke on their followers, Mongeau made it loud and clear by tweeting, “JAKE JUST PROPOSED,” adding, “I’m……. Engaged…….”

She also shared a video of a giant cake, which was topped with a giant prop diamond ring and the words “Will you marry me, Tana?” written on it. However, controversial YouTuber and now fiancé Paul has yet to post about their engagement.