Cannes overlooks stronger movies, actors as it announces 1st round of awards

Adapted from the 2015 novel by Martha Batalha, the film tells the story of two sisters in desperate pursuit of their dreams.

Twenty-year-old Guida (played by Julia Stockler), seeks love, passion, relationship of her choice, while 18-year-old Euridice (Carol Duarte), a gifted pianist, wants to study at the music conservatory in Vienna. But both are trapped in the conservative morality of their patriarchal middle class family, and when one dares to chase her dreams, it means heartbreaking separation that leads to decades of yearning, unanswered questions and letters from one that never reach the other.

The film, in Portuguese, is both tragic and uplifting as the two sisters negotiate small pieces of their desire while always aching for the lost sister.

That the film appealed to Un Certain Regard’s five-member jury, led by president Nadine Labaki (Oscar-nominated director of Capernaum), is no surprise.

But some of the jury’s other picks for seven awards from a total of 18 films competing in the Un Certain Regard section reinforced the criticism that the Cannes film festival is a life-time membership club where directors graduate from one section to another, cultivating good will and earning loyalty points as they climb up the ladder.

Talent matters, of course. But loyalty counts for a lot, especially because Cannes’ rules demand a huge sacrifice: For any film to be considered in Cannes’ official sections, it should not have been shown internationally, at film festivals, in any country other than where it was produced, or on the Internet. This restriction narrows directors’ chances of entering their films in other festivals and they are, at times, compensated in other ways.

But when Oliver Laxe’s Galician film, Fire Will Come, won the Jury Prize, there were no grudging noises. The film tells the story of Amador Coro (played by Amador) who is released from prison after serving his sentence for arson. He returns to a small village in Galicia, to live with his mother and three cows, and life goes on calmly till the night when a fire devastates the region.

But Chiara Mastroianni’s performance in Christophe Honore’s French film, On a Magical Night, being adjudged the best performance was a shocker. Mastroianni plays Maria, a professor addicted to sex with younger men, despite a devoted husband at home. After one particularly testy break-up with a lover-student, that her husband gets to know of, she remains unapologetic about her needs and moves out of her house, but doesn’t go very far. Maria checks into Room 212 in the hotel across her house, with a full view of her moping, angry husband. While she watches him, the film slides into her memories, producing, one by one, all the men she loved and lived with. Told strictly in comical mode, the film has a peppy narrative rhythm but is a rather light-weight comedy. And the jury, surprisingly, overlooked other, much stronger performances.

Set in Houston, Kris is a teenager waiting for her mother to return from jail so that she can begin living her life. But since that wait seems endless, she finds catharsis and peace in being trained by Abe, an aging bullfighter struggling to keep his job in the rodeo, to be a bullfighter. 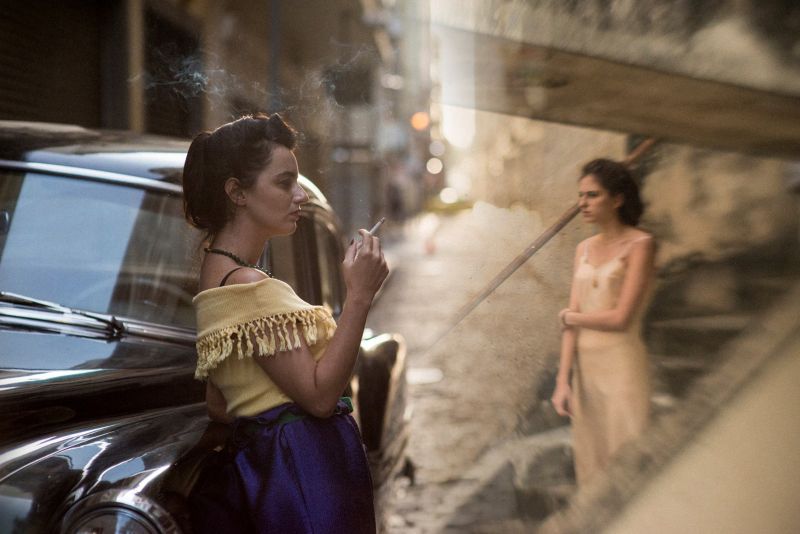 And then there was the charming and stunning performance by Leyna Bloom as a trans woman in American director Danielle Lessovitz’ Port Authority. As well as Viktoria Miroshnichenko’s subtle, nuanced performance as Iya in Beanpole.

A special award, the Coup de Coeur, was handed to two films: Quebecois filmmaker Monia Chokri for A Brother’s Love, a rather silly and often annoying talkathalon that ends on a very bizarre note, and American writer-director-actor Michael Angelo Covino’s The Climb, a warm, sharp, deadpan buddy comedy that received rave reviews.

The Special Jury Mention of Joan of Arc, by director Bruno Dumont, France’s “dark prince of dour auteurism”, also saw many jaws drop on the Croisette on Friday night.

Literally, Un Certain Regard means “a certain glance”, but is understood to mean "from another point of view”, and in the section films from emerging directors or films on unexpected marginal themes are included.

The awards in this section are a precursor to the big night at Cannes when the Palme d’Or and Grand Prix, among other awards, are announced. Amongst the 21 films in the festival’s main Competition section is Almodovar’s Pain and Glory. The Spanish director has never received a Palme d’Or and there is buzz that Cannes will right that wrong on Saturday night.

If it does, it will be overlooking much stronger films, like Terrence Malick’s A Hidden Life, Ken Loach’s Sorry We Missed You, Ladj Ly’s Les Miserables, and above all, Celine Sciamma’s Portrait of a Lady on Fire. Sciamma has, with her gorgeous, political, lesbian romance period film, rewritten the rules of which stories to tell and how. And Cannes likes it a lot when directors break rules. How much, we’ll know tomorrow.