Jim Carrey is also alleged to have bought the prescribed medicines that Cathriona eventually consumed to commit suicide.

The letter was one of the evidences provided during the very ugly court battle between White’s estranged husband Mark Burton and Jim.

White, who had committed suicide using prescription painkillers and sleeping pills prescribed to Carrey, allegedly under the pseudonym of ‘Arthur King,’ writes of her despair at having contracted three sexually transmitted diseases from him.

In the devastating letter, she writes, ‘I am 27 years old and all that was left of me was a shell and a damaged one at that. Picking myself back up emotionally and mentally is one thing, people have bad experience and break-ups, it’s hard but with time they move on, meet someone new, start over. Add in disease. How does someone move on and meet someone new?

‘I am damaged. I am discusting (sic) When I shower I feel sick. Getting turned on…what’s that? Certainly not something that happens (to) me any more. I will always be damaged goods and have a stigma attached. So I have to accept something I was always afraid of. Being alone. Being abandoned and alone.’ 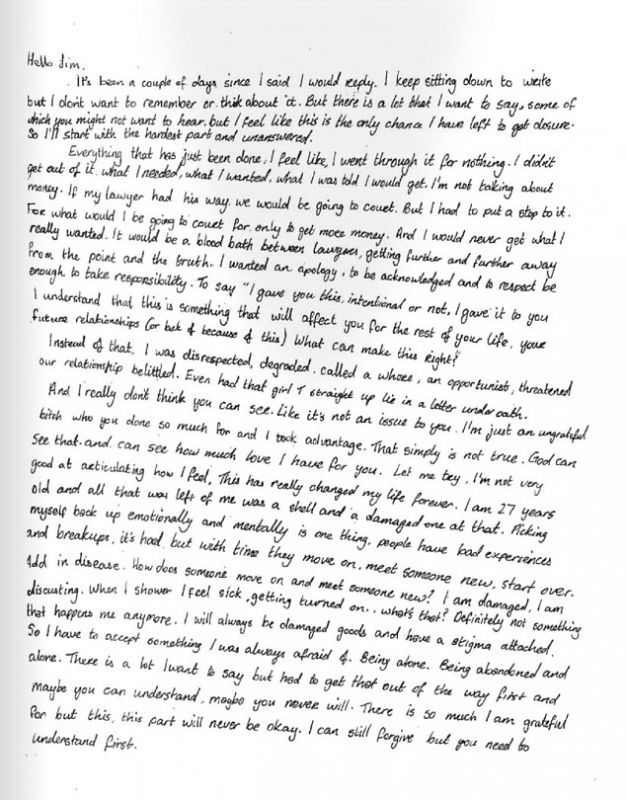 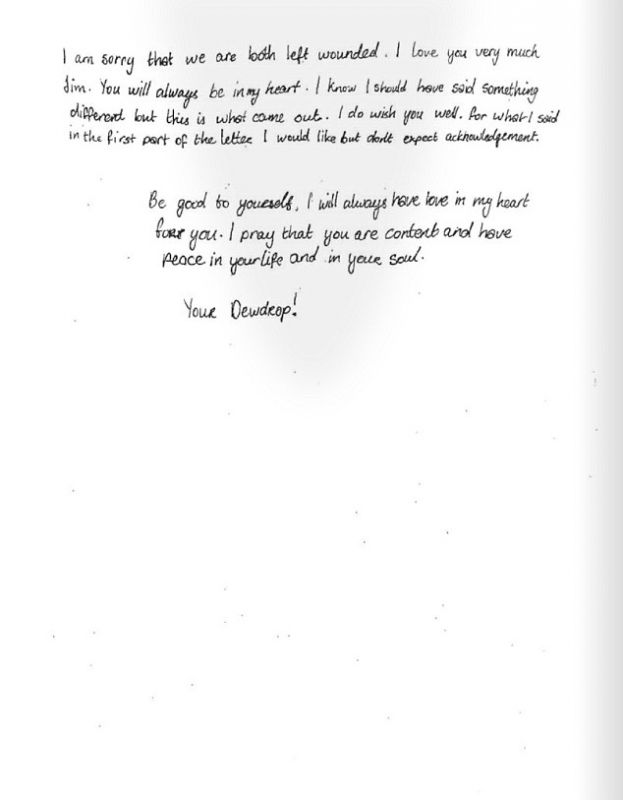 The court papers also contain a series of disturbing texts where Jim can be seen trying to trivialise and undermine the issue, saying, ‘Agrivated folacles (sic) or bumps are normal when you shave or have vigorous sex.’

He adds: ‘I hope your (sic) ok hun. It could be from someone before me. Doesn’t show up until you’re really stressed.’

After medical tests proved she had the diseases, Carrey reportedly dumped her by text, coldly stating ‘You have become too much drama.’

The potentially career threatening lawsuit states, ‘After obtaining these drugs illegally and under a bogus name (‘Arthur King’), Mr Carrey proceeded to provide the prescription drugs to ... Cathriona White’ despite knowing that White was ‘prone to depression and had previously attempted to take her own life. The result that followed was predictable and foreseeable.’

Carrey, who hasn't denied having been the owner of the drugs, however claimed that they were stolen from his home by White.

Carrey and his legal team have been on vehement denial calling the allegations a farce and accusing Burton of fraudulence.

‘Is this the way a “husband” honors the memory of his “wife”? The real disease here is greed, shameful greed. What a terrible shame. It would be easy for me to get in a back room with this man’s lawyer and make this go away, but there are some moments in life when you have to stand up and defend your honor against the evil in this world, Carrey had said in a statement.