DECCAN CHRONICLE. | SUPARNA SHARMA
Published May 25, 2019, 12:54 am IST
Updated May 25, 2019, 11:03 am IST
The Leonardo DiCaprio and Brad Pitt starrer is soaking in and dripping with not just Hollywood star power, but also nostalgia.

A still from 'Once Upon A Time In Hollywood'.

Cannes: There was much ado about  Once Upon a Time… In Hollywood at the Festival de Cannes even before it was clear that the film would actually make it to the festival. Like a long-awaited friend that Cannes was really keen on having at the party it was throwing, it kept checking on whether Once Upon A Time… would take the trans-Atlantic flight to Cannes in time to make it for the 25th anniversary of Quentin’s Palme d’Or win for Pulp Fiction.

In April this year, when festival director Thierry Fremaux was announcing the film lineup, he spoke of the needless expectation that had been built around Tarantino’s ninth feature film which the director, he said, was “sprinting” to finish.

Frémaux said that Tarantino was working very hard and had not stepped out of the editing room for days to try and return to Cannes this year. “It’s really fantastic for Tarantino to do all these efforts to be ready for May. He wants it to be presented on 35mm… He’s still in the editing room. What I’ve seen... it is fantastic,” he said, but added that the movie was not likely to be ready till June.

But then, a few days later, Once Upon a Time… In Hollywood was ready and taking the flight to Cannes. 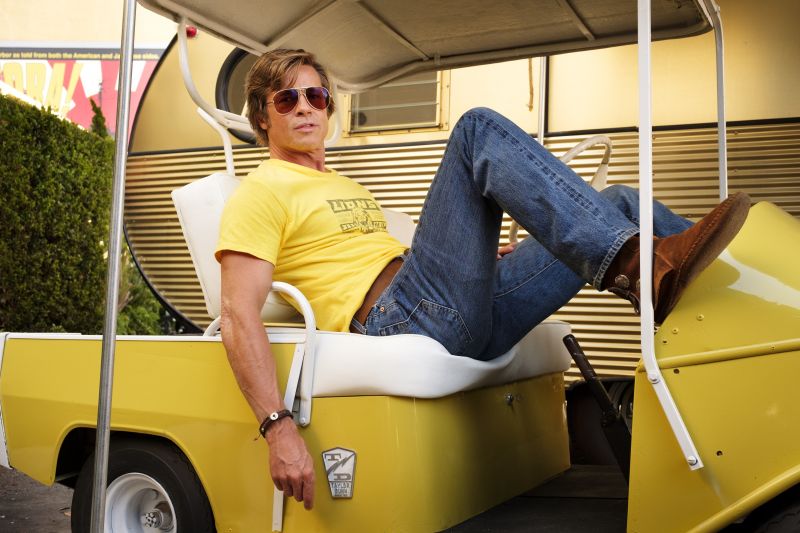 Before the film's premier began, however, Tarantino had made an appeal — on Instagram, and through Fremaux — requesting the audience, journalists especially, not to reveal spoilers about Once Upon a Time...

“I’m thrilled to be here in Cannes to share ‘Once Upon A Time… In Hollywood’ with the festival audience. The cast and crew have worked hard to create something original, and I only ask that everyone avoids revealing anything that would prevent later audiences from experiencing the film in the same way,” he requested.

Most have respected it, till now.

Once Upon a Time… In Hollywood is soaking in and dripping with not just Hollywood star power, but also nostalgia.

Set in the era of hippies, Charles Mason and his murderous cult, the movie lives on luxuriant, familiar movie sets and amongst people who are luminous, and have a warm recall.

Rick Dalton is an actor whose career peaked with the Western TV series Bounty Law, and is now reduced to playing the man who gets beaten by the rising stars. Cliff Booth, a war veteran, is Rick’s stunt double, driver and best pal.

Rick, a proud and committed actor, is floundering and given to emotional weeping. Cliff tries to keep him straight and calm, even scolding him once, saying, “Not in front of the Mexicans”. 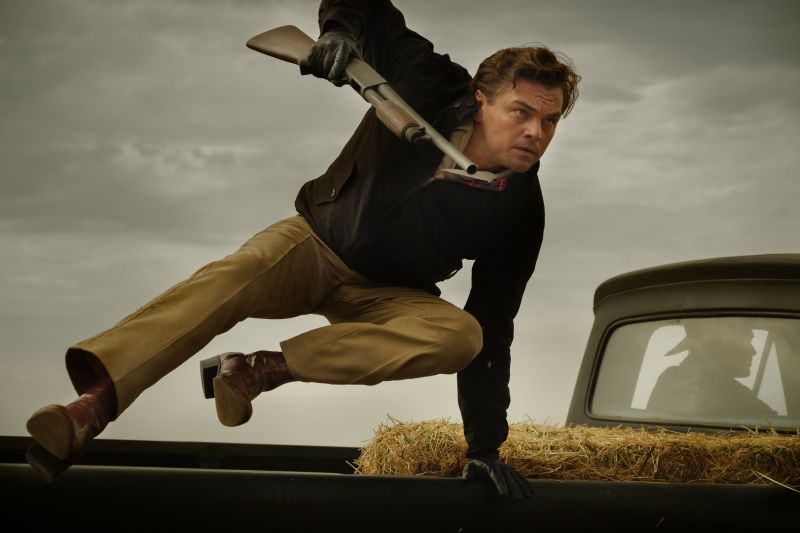 The pairing of DiCaprio and Brad Pitt, and their banter itself makes you cross-eyed with joy.

The movie shows a lot of movie-making and some asides on the sets, including an interesting chat between Rick and his eight-year-old co-star. It also jams in the real with fiction -- it tags along with Sharon Tate to experience the joy of watching yourself on scene as she prances to watch a screening of her 1968 movie, The Wrecking Crew, before returning with a gift for her husband, Roman Polanski.

Sharon and Roman are Rick’s neighbours on Cielo Drive in Benedict Canyon, the street sign immediately triggering some fear and suspense about what is about to happen. That Polanski is away and Sharon is very pregnant makes the tension at times rather unbearable. And then, Cliff’s rather hilarious visit -- after he gives a ride to a very young and cute hitchhiker to a commune of mostly women and a few men -- to Spahn Ranch and its old and blind owner, George Spahn, further seals our fears.

There’s great buildup in this scene that is shot like a confrontation waiting to happen outside a salon in a Western, and includes some very cool horseriding.

Once Upon a Time... set in Hollywood's golden era, has the soul, sound and glow of the late Sixties with foot-tapping music, cool clothes and flashy cars. The movie loves the setting, the time and its people so much that it often pauses to enjoy a bit of shooting here, a drive there, a riff between two characters on the sets or over drinks.

The film has a jolly good time getting lost in these set pieces -- some interesting, some cool and some riveting, but at the cost of the plot. The meandering doesn't allow the narrative to take off till Once Upon A Time... reaches a very Tarantino moment which, pretty much in one scene, puts the entire film together while thrilling us with what the master director does best.

“This film is the closest thing I’ve done to Pulp Fiction. (It’s also) probably my most personal. I think of it like my memory piece. Alfonso (Cuarón) had Roma and Mexico City, 1970. I had LA and 1969. This is me. This is the year that formed me. I was six years old then. This is my world. And this is my love letter to LA,” Tarantino said of Once Upon A Time… In Hollywood after its premiere at Cannes.

Tarantino’s oeuvre can be split right in the middle with the 2007 Death Proof. Before that were the four films which created and cemented his reputation as a genius director (Reservoir Dogs, Pulp Fiction, Bobby Brown, Kill Bill I & 2), and four films after that which rode on that reputation but were not as good — Inglourious Basterds, Django Unchained, The Hateful Eight, and now, Once Upon A Time… In Hollywood.

Once Upon A Time... has excellent performances by DiCaprio, who is adorable as the teary, insecure Rick, and Brad Pitt’s alpha act and swag is the stuff that makes Hollywood the seduction machine that it is. And the film is both entertaining and interesting as yet another movie about movies from Tarantino, but it is not in the league of Pulp Fiction. Not at all. It's just another love letter with pink and yellow hearts from Tarantino to Hollywood.