Amber Heard filed for divorce from Johnny Depp in last May and their divorce was finalised in January 2017.

New Delhi: It seems Amber Heard and Elon Musk are more than just a fling.

Amber Heard made the couple`s romance official by sharing a photo on Instagram of herself resting her arm against Musk.

The 31-year-old-actress captioned the snap, "Cheeky."

The photo also shows a kiss-mark on Musk's right cheek, which is clearly visible. 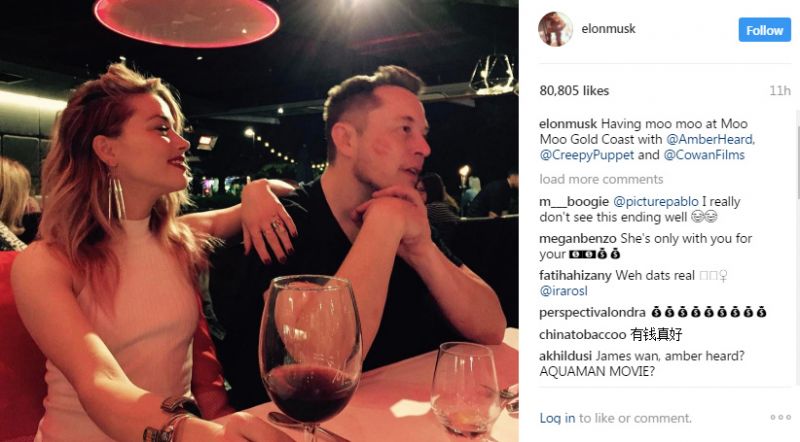 Earlier, the 'Danish Girl' star and Tesla founder were spotted together for the first time in public while in Australia, where the actress is currently filming her upcoming movie 'Aquaman,' according to People Magazine.

The couple spent Sunday at the Gold Coast's Currumbin Wildlife Sanctuary, where they walked arm-in-arm through the reserve.