In these listless Covid times, Chinese-American film director Chloé Zhao’s Nomadland, about a woman who travels through the American west in a van after losing her job and her home, seems to be the film of the year.

Nomadland stars two-time Oscar winner for best actress, Frances McDormand as Fern, along with many “actual nomads” that Zhao (in picture) cast while on her own travels through the area. 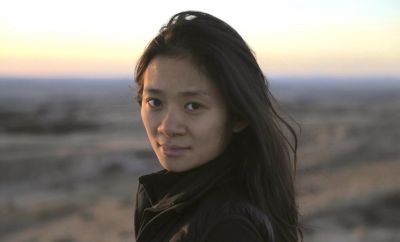 An adaptation of journalist Jessica Bruder’s non-fiction book, Zhao has scripted and edited the film which is scheduled to release in theatres in December.

Two things set apart TIFF from the other film festivals in the group of Big 4 —  Cannes, Venice, Berlin and Toronto.

First, unlike the others, TIFF consciously, doggedly and sincerely pursues inclusivity in the films, directors and actors it picks to showcase during the 11-days festival. It also actively seeks to widen and enlighten conversations around films by bringing in "women, people of colour, people with disabilities, and people from the LGBTQ communities” -- the marginalised, who are often not seen on or behind the screen. Every year TIFF also seeks out and opens its doors to journalists from under-represented sections. That changes not just what we view, but also how we view and talk about films.

Second, TIFF has, over the years, earned a reputation for being what I call the “Oracle of Oscars”. With sharp accuracy, TIFF audiences have been picking and rewarding films that go on to be nominated for various categories at the Oscars, often winning best picture and other awards.

All of this year’s top winners at TIFF are directed by women. The first runner-up in the best film category was Regina King’s One Night in Miami, which brings together Muhammad Ali, Malcolm X, singer Sam Cooke and NFL legend Jim Brown for one night to discuss race.

For India, however, the film of the year of Covid is most likely Chaitanya Tamhane's The Disciple that TIFF’s artistic directors called a “masterfully composed second feature” which “examines a lifetime journey devoted to the art of Indian classical music”. 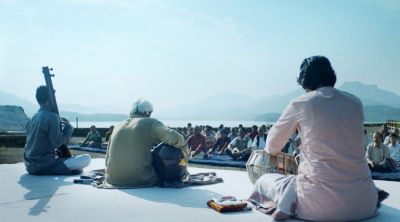 A scene from The Disciple, directed by Chaitanya Tamhane.Tamhane’s last film, Court, was India’s official entry to the Oscars in 2015. It didn’t make it to the nominations.

The Oscars are still eight months away — the ceremony will take place on April 25, 2021, and the eligibility criteria has been extended to Feb. 28, 2021. But if TIFF audiences have got it right this time, we may see Tamhane at Hollywood's Dolby Theatre, celebrating a film that tells the story of an “idealistic young performer who dreams of capturing the magic of a musical tradition.”

Or, as one Twitter review described the film, "AaaaaaaaaaAaaaaaaa..."