To the delight of her fans, Katie Holmes took to Instagram on Wednesday to share a new photo of daughter Suri Cruise on her 12th birthday. The black and white photo shows the teenager wearing a birthday tiara. Katie captioned the photo with 12 hearts. While a lot of fans commented that Suri looks just like her mother, some were of the opinion that she looked like her father Tom Cruise.

Last year too Katie made sure that her daughter’s birthday celebrations were special. EOnline.com reported that she had celebrated with several birthday cakes and a glittery “Happy Birthday” sign. She also posted a photo of a balloon-filled hallway. 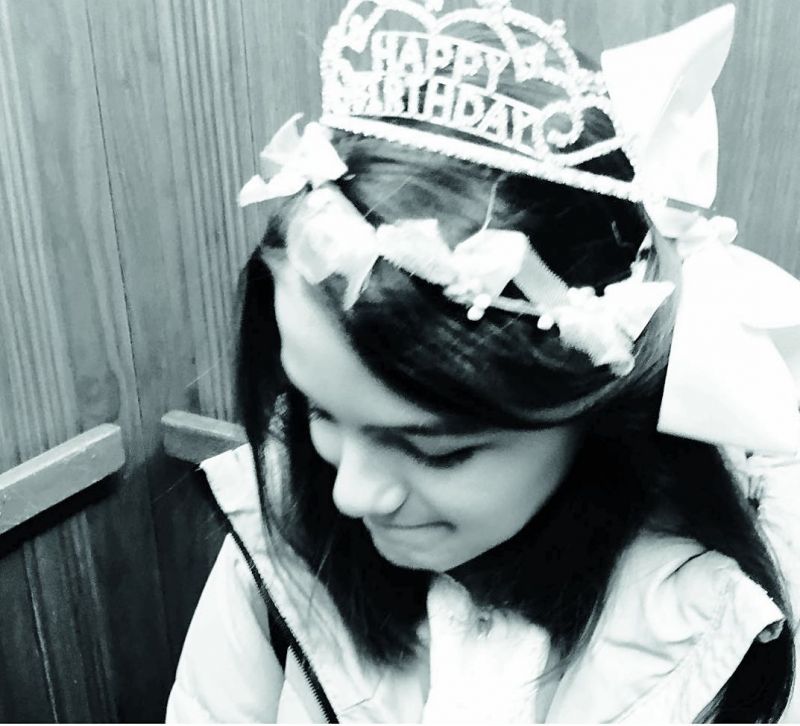 Suri has always delighted fans and the paparazzi. In fact, she appeared on the cover of Vanity Fair with Holmes and Tom Cruise when she was just a few months old. As the years went on and her parents divorced, the attention surrounding the family grew.