Priyanka Chopra and Tom Hiddleston to present at Emmys together

Mumbai: The two were pictured sharing a laugh, outside the Microsoft Theatre. While Priyanka was seen wearing an off shoulder white top and blue denims,Tom sported a black t-shirt and jeans.

The confirmation of sorts comes from another photo that Priyanka shared of herself on stage with her presenting partner. 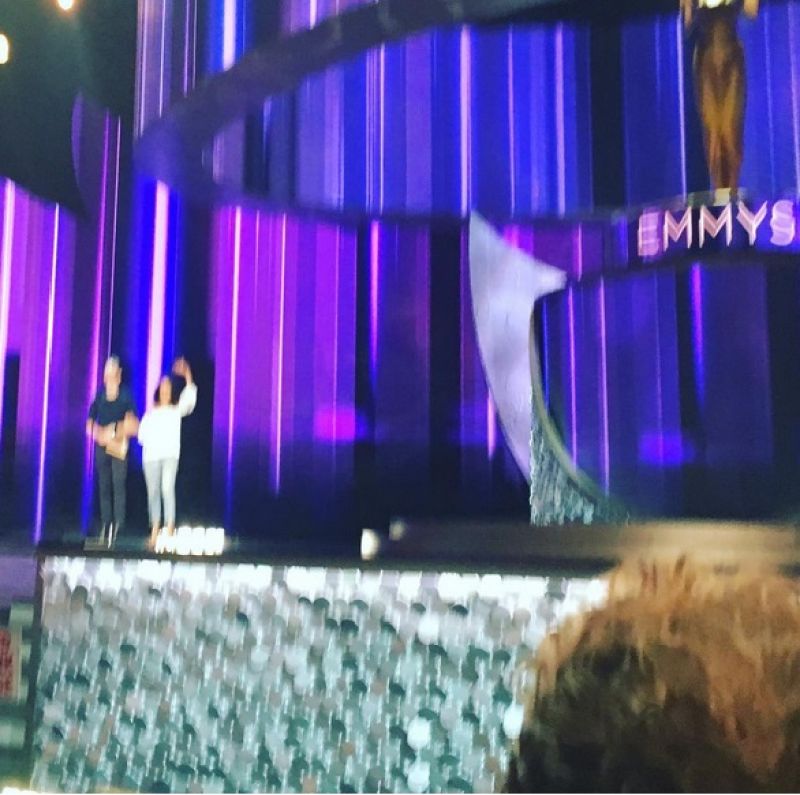 The blurry picture shows her partner wearing all-black ensemble, seeming confirming that it's the "Thor" star. "Rehersals #Emmyswithpc keep guessing... Btw the blur is the point!" the 33-year-old "Quantico" actress captioned the
photo, hinting that the blur was intentional. A close source to the actress reveals, "Priyanka Chopra will be seated next to Tom Hiddleston in the second row at the Emmys Awards 2016."

Emmy Awards, which honours the best on television, is set to go live tomorrow morning. Tom, 35, is nominated for the outstanding lead actor in a limited series or movie for his work in 'The Night Manager'.

Too hot to handle: Priyanka Chopra sizzles in new photoshoot