Sophie Turner's family is all praise over her Emmy nomination.

Joe Jonas, who is currently enjoying honeymoon with wife Sophie in the Maldives, congratulated her on the Emmy nomination with a sweet message on social media.

"Emmy nominated sophiet I'm so incredibly proud of you," he wrote on his Insta story. 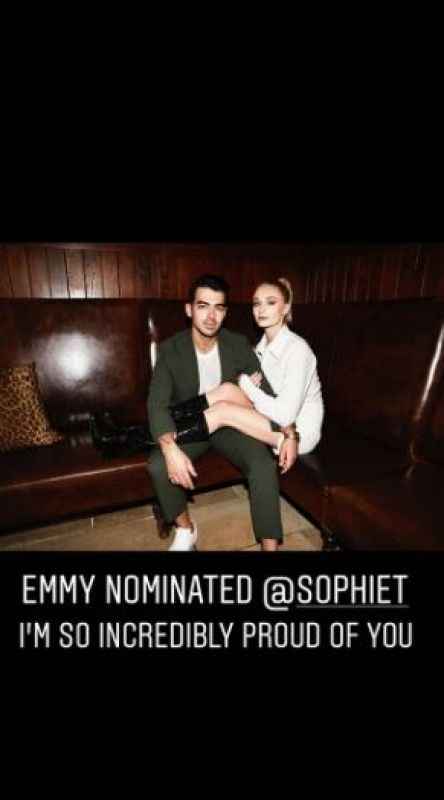 Other than receiving praises from hubby the ace actress also received appreciation from her sister-in-law, Priyanka Chopra.

"We love you and are so incredibly proud of you," she captioned photos of with her on Instagram. 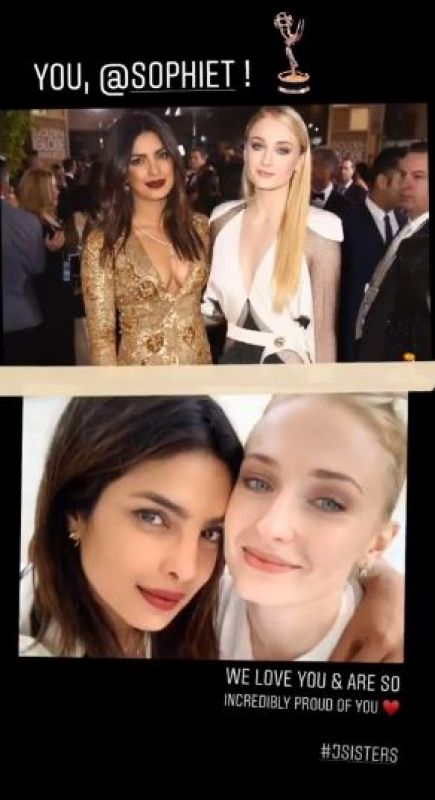 'Game of Thrones' famed Turner received the nomination in the category, outstanding supporting actress in a drama series for her phenomenal acting as Sansa Stark in the HBO series.

She was cast for the role of the eldest Stark sister when she was just 13 and thereafter essayed the same role in all eight seasons of the show.

The 71st Annual Emmy Awards nominations were unveiled on Tuesday morning with 'Game of Thrones' and 'The Marvelous Mrs. Maisel' leading the nomination.

The Emmy Awards which recognise excellence in the television industry will air on September 22.

TIFF Diary: Here at last, a film fest you can watch in your pajamas