A still from Jojo Rabbit.

Toronto: A film that has the audacity and crafty ingenuity to make light of Adolf Hitler and laugh along as very young Germans are being trained in the arts of the Holocaust?

On Sunday, the People’s Choice Award at the Toronto International Film Festival (Tiff), given out on the last day and calculated on the basis of audience vote, went to Jojo Rabbit, a satirical film on Hitler that pokes and lays bare the wrong ways of the right.

Directed by New Zealand’s Taika Waititi (who also directed Thor: Ragnarok), and starring Scarlett Johansson, Sam Rockwell as well as the director who plays the Fuhrer himself, the film is about 10-year-old Jojo Betzler (played adorably by Roman Griffin Davis), who consults his imaginary friend Hitler as he trains to throw grenades and finds a Jew hiding in his house.

Tiff has been predicting which films will bask in Oscar glory for a while now. In fact, over the years many winners of the People’s Choice Award have either won or at least been nominated for the best picture Oscar, including Slumdog Millionaire, Precious, 12 Years A Slave, La La Land, Green Book, Three Billboards Outside Ebbing, Missouri…

But its choice this year may prove too eclectic, discerning and, well, grown-up for Hollywood which had, till 2015, nominated 22 films that represented the Holocaust in some way, and of these 20 won at least one academy award. Schindler’s List (1993) remains on the top of that list with nine Oscars.

Going by that history, Terrence Malick’s A Hidden Life, an affecting, gorgeous film on the true story of an Austrian farmer who, during World War II, was willing to serve as a paramedic in the German army but refused to take the Hitler oath, is more likely to get an Oscar nod.

Out of the films that showed at Tiff, my bet for Best Picture nominations for the Oscar is a longish list beginning with A Beautiful Day in The Neighbourhood. Director Marielle Heller’s film on Fred Rogers is based on a 1998 Esquire magazine profile, Can you say… Hero?, by Tom Junod.

Mr Rogers, as he was known, is an American icon who was a TV presenter, puppeteer, musician and Presbyterian minister. He created, wrote, produced and hosted a pre-school show, Mister Rogers’ Neighbourhood, that played in American homes for 33 years, till 2001.

The film gets its warm, magical mojo from that other wholesome American hero, Tom Hanks. 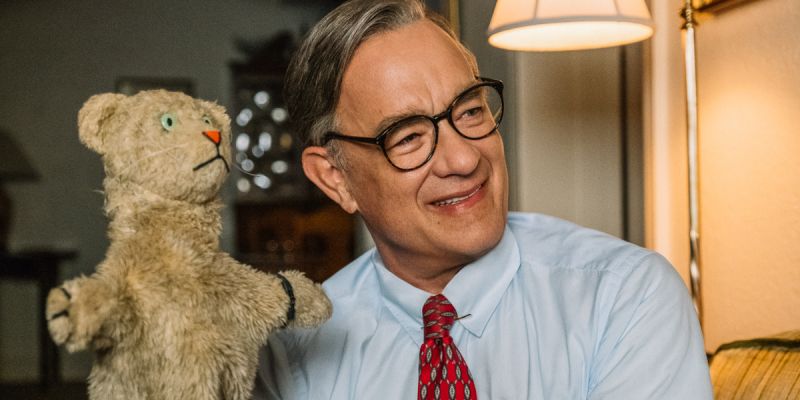 Just watching the gentle genius of Hanks on screen felt like I was becoming, and could become if I listened to him, a better person. Hank’s Mr Rogers seems to have all the answers — about how to fix broken people, things, situations… the world.

Hanks is sure to get an Oscar nomination, and if it weren’t for Joaquin Phoenix’s masterclass in method acting as and in Joker, I’d say, the Oscar goes to Tom…

Phoenix’s performance as a misfit spiralling into violent sociopathy, who laughs and does a little jig on his way to a planned, on-live-television assassination, is unforgettable. Though heavy-footed and a deliberate “performance”, watching Phoenix’s evil rise is revetting stuff that I thought we would never get to watch on screen since the day Daniel Day-Lewis announced his retirement.

Also like to get Oscar nominations are Leonardo DiCaprio and Brad Pitt for their performances in Quentin Tarantino’s Once Upon A Time in… Hollywood, and the film is a strong contended for Best Picture at the Oscars.

As is director Noah Baumbach’s semi-autobiographical Marriage Story starring Scarlett Johansson and Adam Driver, two actors who seem to going from strength to stalwartness with each performance. Marriage Story was the audience’s second favourite film at Tiff. 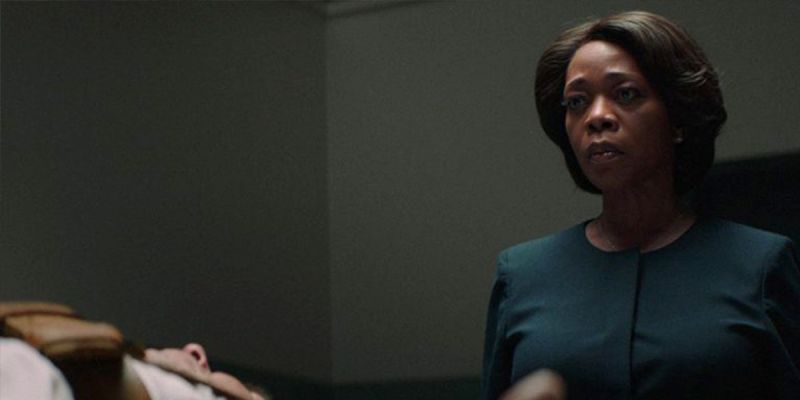 Clemency, written and directed by Chinonye Chukwu, centres on a morally conflicted prison warden who oversees death row prisoners and executes state-ordered assignations. The film, by a young black woman director, carries what is one of the year’s strongest performances by an actress. Alfre Woodard doesn’t “act" as warden Bernadine Williams, she embodies that character. The film’s last shot is one of the toughest scenes I have ever seen performed.

Just Mercy, a lesser film by Destin Daniel Crettin starring Michael B. Jordan, Jamie Foxx and Brie Larson that ticks all the right boxes — race, discrimination, wrongful imprisonment -- is a quintessential Oscar bait, unlike Waves. Directed by Trey Edward Shults, Waves is set in a small family and tells the story of how even well-meaning, but harsh parenting can impact decisions and, ultimately, lives. Both are strong Oscar contenders.

Hollywood is unlikely to ignore director James Mangold’s rather mediocre Ford Vs Ferrari. The film, starring Christian Bale as a world-class race driver and Matt Damon as the engineer who is redesigning a Ford to beat the Italians at LeMans (the world's oldest, 24-hour-long endurance sports car race), is a celebration of another wholesome American icon and is sure to be in the running.

As is Steven Soderbergh’s political comedy The Laundromat on the Panama Papers scam. The ensemble drama is led by Oscar perennial Meryl Streep and the great dame of Hollywood is sure to get her 22nd nomination, though the golden statuette may lean more towards Renee Zellweger's stirring performance as Judy Garland in Rupert Goold’s Judy.

All this makes me worry for Jennifer Lopez, whose butt-wriggling act of stripping and scamming in director Lorene Scafaria’s Hustlers is one of its kind embrace of a negative character by an A-lister. Lopez’s swag and Scafaria’s feminist take on sexy grifters deserves more than just a nomination. It deserves that clenched-butt golden statue.

South Korean master Bong Joon-ho's Parasite, about a family of poor but cunning derelicts, who scheme and then take control of a wealthy household is a crazy thriller that has been on a winning spree since it won the Palme d'Or at Cannes Film Festival in May this year. It was the audience's third favourite film at Tiff and is the strongest contender to take home the Oscar for best foreign film.

Which makes me weep for two French films -- Céline Sciamma's stunning Portrait of a Lady on Fire, and Les Miserables by Ladj Ly. Incredible films that are repeatedly being shortchanged at film festivals, from Cannes to Tiff.