Had Cars 3 been made in India, this is how it would have looked!

The Indian version of 'Cars 3' would have looked something like this.

Mumbai: Disney.Pixar’s ‘Cars’ remains one of the most well recognized animation franchises in India. The two titles of this fun-adventure – ‘Cars’ (2006) and ‘Cars 2’ (2011) – have received an overwhelming response from local audiences and now as Disney.Pixar’s ‘Cars 3’ revs up for release, Disney.Pixar has given us a peak into what Cars would look like if it were to be made in India! Joining the adorable Cars characters is a traditional Indian rickshaw!

‘Cars 3’ story artist Michael Daley, who helped create the initial visuals, or the blue print, of the film, has CARS-ified the Indian three-wheeler, says, “I thought it’s pretty interesting to make a CARS character out of a rickshaw!”. He has never been to India, but having grown up on California and San Diego, where he had seen similar rickshaws, he had a basic idea of a rickshaw - part bicycle and part carriage.

Here’s the adorable CARS-ified rickshaw to steal your hearts! 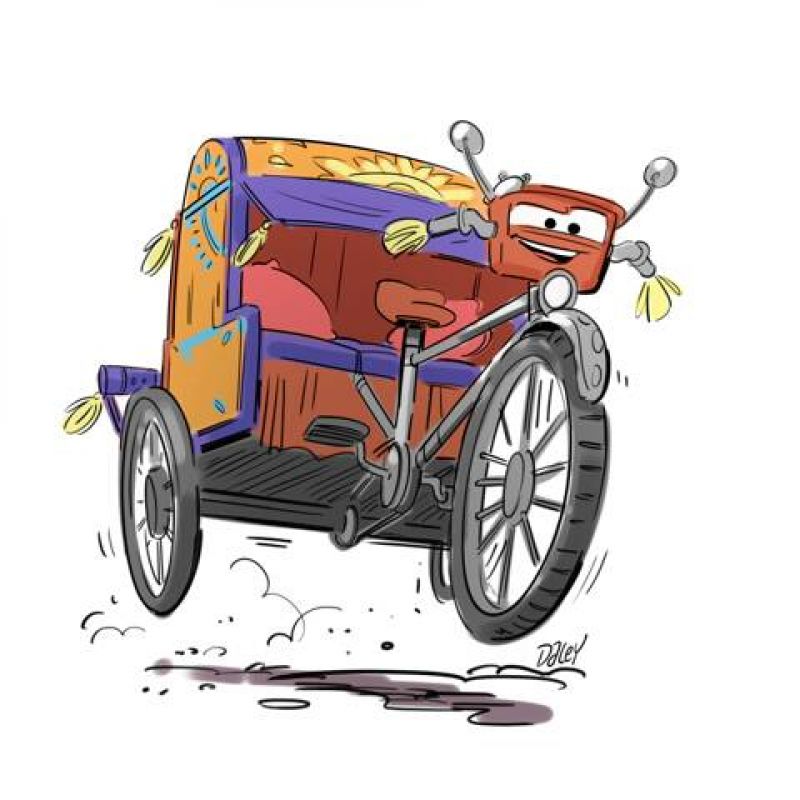 ■Owen Wilson says he got Cars 3 role because of Jackie Chan's Shanghai Noon!
■Owen Wilson is mighty kicked about Cars 3
■I am nothing like that: Kerry Washington on her Cars 3 character