Katie Holmes was spotted the first time after her rumoured split from longtime BF Jamie Foxx, as she walked with daughter Suri.

Katie Holmes was spotted the first time after her rumoured split from longtime BF Jamie Foxx, as she walked with daughter Suri. Katie managed to give a smile to the camera when she and Suri were snapped out and about in New York.

The former Dawson’s Creek actress was spotted on March 14 with her 12-year-old daughter Suri Cruise. It’s the first time that Katie has been seen since Jamie apparently announced at an Academy Awards after-party that he is “single.” 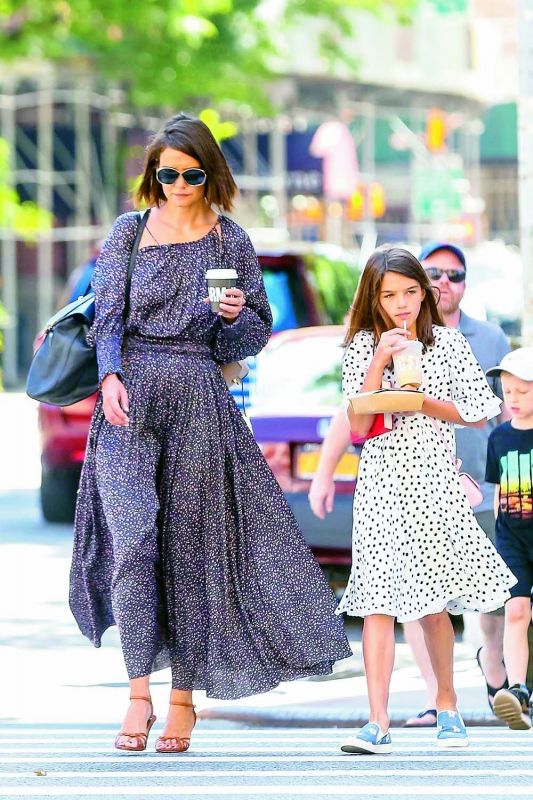 Katie Holmes was spotted the first time after her rumoured split from longtime BF Jamie Foxx, as she walked with daughter Suri.

Even though the A-list couple never officially confirmed that they were dating, the Blame It On The Alcohol actor and singer seemingly made the announcement at a showbiz gathering. An insider who was at the February 24 bash at the Beverly Wilshire Hotel told Holly woodLife exclusively that the Ray star made the announcement before he started performing.

“Right before he sang, he seemingly told the crowd he’s single,” the source said. “He had a lot of women on stage and danced with them. It appeared he told the crowd, ‘I’m single.’” HollywoodLife reached out to Jamie’s team for comment, but are yet to receive a response.