She blazed through the singer's era-defining hits including 'Space Oddity', 'Changes', and 'Ziggy Stardust'. Photo: AP

Gaga set the chaotic tone from the start, appearing in a bright orange wig with the trademark 'Aladdin Sane' flash on her face, and affected an odd English accent as a huge spider was projected onto her face.

The singer, known for her brash outfits and sexual candor, is among the contemporary artists most obviously inspired by Bowie, the pioneer of glam rock. 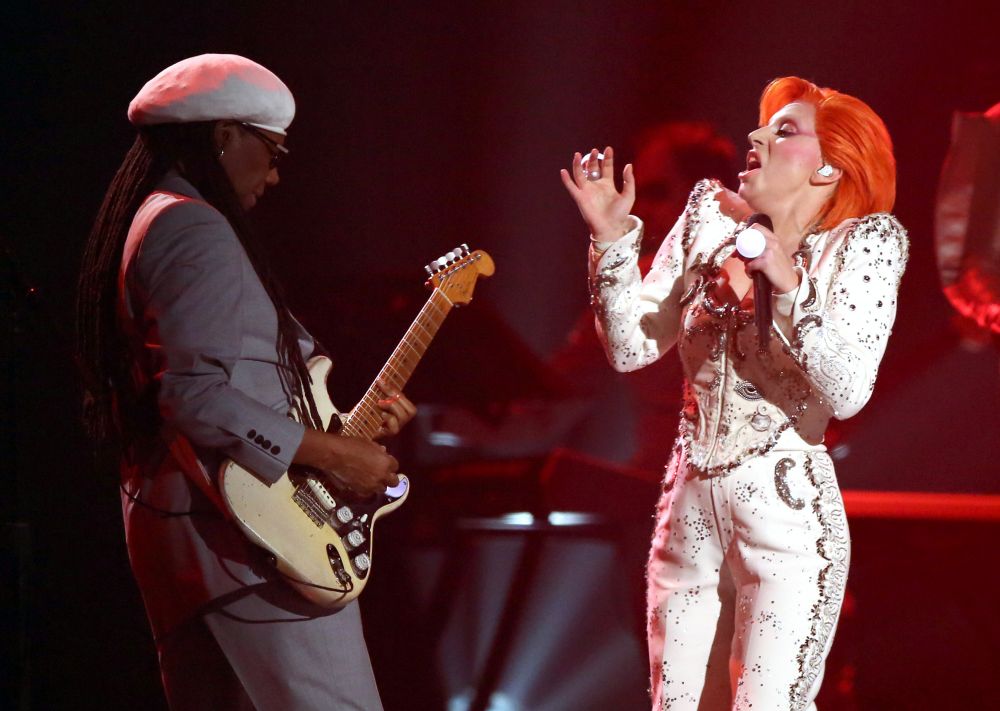 Gaga, born as Stefani Germanotta, won the longest ovation of the night at the Staples Center in Los Angeles as she finished the medley with 'Heroes', one of Bowie's best-known songs.

The performance featured special effects provided by chip-maker Intel, including "digital make-up" projected onto her face that enabled her to take on a number of Bowie's iconic looks without leaving the stage.

The company also provided a hologram of Bowie and a gold-colored piano with three robot arms that danced along to Gaga's playing.

The music industry's biggest night took place barely a month after the shocking death of Bowie, who over his half-century career became one of the most influential figures in pop culture.

The musician died on January 10 from a publicly undisclosed battle with cancer, two days after he released his final album, 'Blackstar', on his 69th birthday.

The headline-grabbing performance marked another tour de force for Lady Gaga who, since her rise to stardom nearly a decade ago, has delighted in provocative gestures and outfits, most notoriously a dress made of meat she wore to the MTV Video Music Awards in 2010.

At last year's Oscars, she sang a medley of memorable tunes from 'The Sound of Music' to mark the film's 50th anniversary.

In December, she belted out an impressive rendition of Frank Sinatra's 'New York, New York' -- in a tux and hat -- at a concert in Las Vegas to mark what would have been the singing legend's 100th birthday.