A Maisel that tickles

The cast of the show

Rachel Brosnahan (Mrs. Maisel) is indeed marvelous... especially since comediennes were not a thing back in the late 50s, US.

She made it a thing. But before that she was living ‘The American Dream’. Smart, beautiful, married the right guy (soon to be wrong guy — don’t worry. This happens real quick, so it’s not a spoiler). But even if it didn’t, I would have told you anyway, because the only thing that actually takes the marvelous out of Mrs Maisel is the lingering parallel story going on with the cheating husband (Yup. The secretary. What a surprise!).

Nevermind, that part is not important to get a good feel of the fundamentals of this brilliant series. The creator, Amy Sherman-Palladino (Gilmore Girls), has done a real bang-up job with this one. Her reflection can be seen in Brosnahan’s stellar performance throughout the first season (second one is coming up soon). It’s a testament to film being the artist’s avenue for self-expession. Typically, this is done indirectly, giving the artist (creator/director) bragging rights... but The Marvelous Mrs Maisel gets straight in there and brings it all out quite directly. 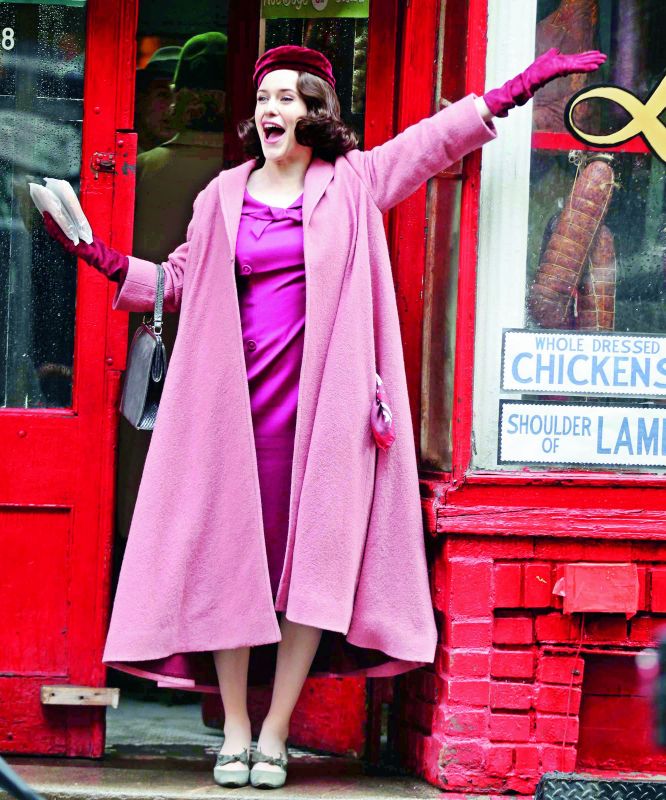 There’s also a promising relationship between the comedienne and her manager, which is distraction enough from Maisel’s otherwise dysfunctional relationships with her family and the toxic one with the ex-husband (yup. He moves in with the
secretary but is still hanging around). Alex Borstein (Lois Griffin; voice — Family Guy, animated TV series) plays Susie Myerson (the manager). A masterful performance.

Now, here’s the thing with the husband, and why it’s so important as a back-story (but is unfortunately presented as a parallel one — I’m hoping Season 2 will shed some light on the reason why Mrs Maisel became a stand-up comedienne. This continues to bore the viewer in the style of the typical American comedy show). Not very original, but I think it might be deliberate for two reasons; a) It comes with a bit of baggage on account of it being a period piece, b) comedic content — her first act was a drunken rant about her husband for the most part.

This one may have been skipped by many male viewers for the same reason that Mad Men was skipped by most women. While the latter portrays a male-dominated world with nothing suggesting otherwise, the former showcases the bravery of women. All the more reason more men should watch it, don’t you think?

I was recently asked by a few people to get my hands dirty with some film deconstruction and a deeper, more technical angle (hence the post-mortem disguised as a review). I request you to write in if you think this approach appeals to you (or not) and why.

Brosnahan got the role despite bombing an audition and getting apocalyptically sick. She thought she’d done horribly and then got sick just before a second chance test with Sherman-Palladino and executive producer Dan Palladino.

The writer is a coffee roaster, vaping enthusiast, cinema buff and seeker of
unique stories.