Most of the audience at a recent Harry Potter Film Concert Series screening of Harry Potter and the Chamber of Secrets in Vancouver, had no clue that actor Tom Felton was sitting along with them. Felton, who played the role of Draco Malfoy in the series, posted a photo of him sitting in the audience with Jesse L. Martin, his co-star on The Flash, reports E! News. Felton wore glasses and a sweatshirt with the words “Slytherin”, his Hogwarts house in the film series. 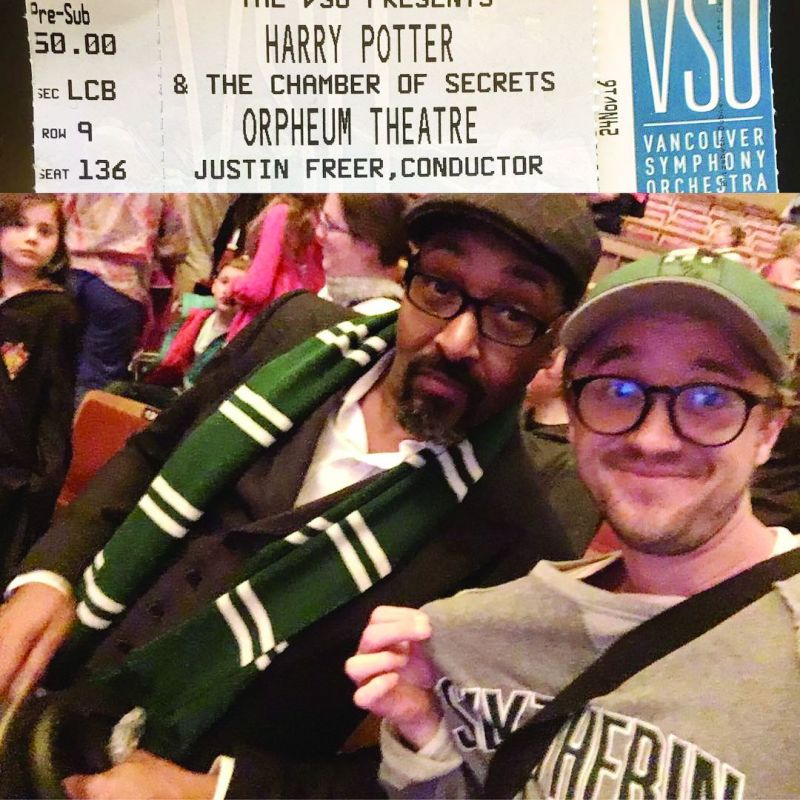 The actor with Jesse L. Martin at a screening of Harry Potter and the Chamber of Secrets in Vancouver.

Martin showed his support by wearing a green scarf. “Yeah we did @chrisc1492,” Felton captioned the photo on Instagram, referring to Chris Columbus, who had directed some of the Harry Potter films. “My two favourite actors! You guys are the greatest!” Columbus replied back.