Justin Beiber gets candid about his struggles 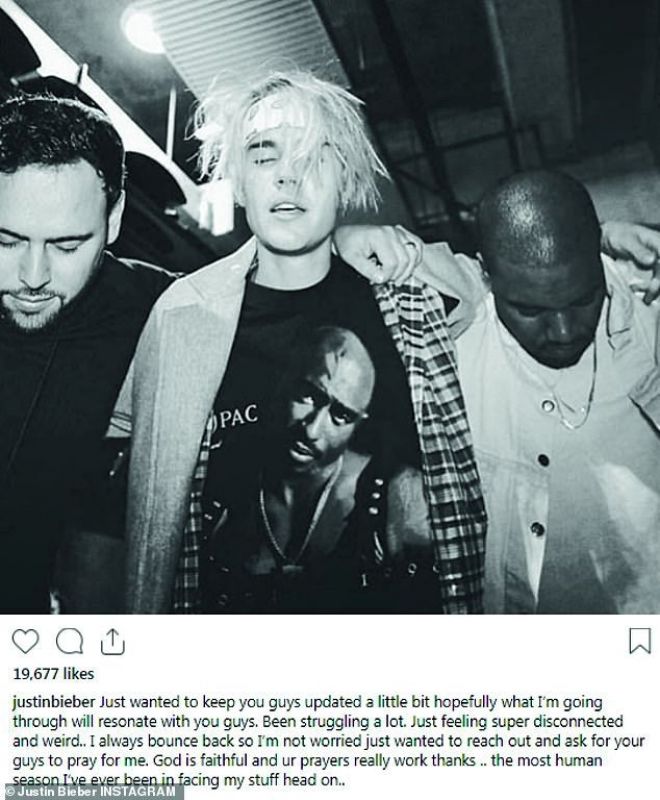 The photo was originally taken in 2016, and shows Bieber in prayer with friends, rapper Kanye West and manager Scooter Braun.

Justin opened his message by hoping his journey would “resonate” with fans.

“Just wanted to keep you guys updated a little bit hopefully what I’m going through will resonate with you guys. I always bounce back so I’m not worried just wanted to reach out and ask for your guys to pray for me. God is faithful and ur prayers really work thanks .. the most human season I’ve ever been in facing my stuff head on.. continued the devout pop star (sic),” he concluded.