Asghar Farhadi with his 'Everybody Knows' starcast.

Despite impressive performances by a cast so good looking — Penelope Cruz, Javier Bardem, Argentine actor Ricardo Darin and Barbara Lennie — that there should be a law banning them from acting together, the film holds a lot of promise for a while till it sinks with a twist oh-so-Bollywood. I felt terribly despondent and may have said some rude things in Hindi aloud.

There are many impressive things in the film, of course.

Everybody Knows, by two-time Oscar winning director Farhadi, is set in a small town outside Madrid and explores the themes of time, belonging, loss through the story of Laura (Penelope), who returns to her hometown to attend her sister’s wedding along with her two kids.

Her God-fearing husband Alejandro (Ricardo) has stayed back, because that’s another story.

In her home town she meets Paco (Javier Bardem), her ex who owns a large vineyard and is happily married to Bea (Barbara Lennie). 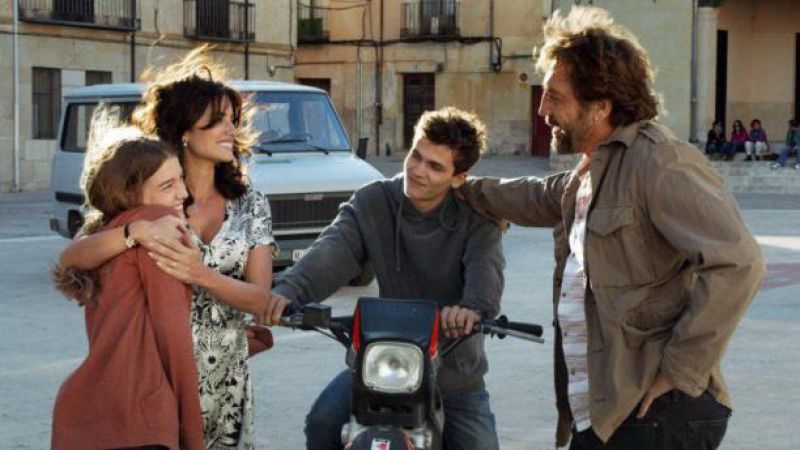 A still from 'Everybody Knows'.

While the film is in this familial, shaadiwala ghar setting, capturing small but telling gestures that hint at undercurrents and shared past history and grudges, it’s terribly engaging. But the moment the plot takes a twist, it begins to sink.

The kidnap drama in Spanish by the Iranian director has a story arc quite similar to his second Oscar-winning film, The Salesman (2016).

Saying more would be telling.

Suffice to say that though it was a delight to see Cruz stripped of all glamour and high-voltage sexy kitten quotient that Pedro Almodovar fetishises and seduces with his camera, and Bardem creates some intense, unforgettable moments, Everybody Knows left me wondering why master writer-directors often flounder when filming out of their context.

In closed, tight spaces observing faces, listening in to their chatter, Farhadi is in control. When he shifts his attention to the thriller plot, he meanders.

Penelope Cruz and Javier Bardem make the prettiest photo on the red carpet, and are a huge box office draw. But do they get equal pay?

“Yes,” said Cruz in response to this question thrown at them at a press conference on Wednesday after their film’s opening-night premier.

Later, talking about working and living together, Cruz said they try to keep their work and personal life separate.

The trick for the two actors, who have both won one Oscar each for Best Supporting (he for No Country for Old Men, and she for Vicky Cristina Barcelona), is not to take the characters they are playing home, and to learn the art of jumping from fiction to reality, often between takes.

“When I was in my 20s, I thought the more I would torture myself and the more I would stay in character for months, the better the result would be. But I have realised that it’s not really related to that, and that I have a life and then I have my job. That allows me to jump many times in one day from reality to fiction, and I love that beautiful dance back and forth… The fact that we know each other and trust each other so much really helps,” Cruz said.

However, she added, working in movies together “is not something we plan to do every two years… just once in a while, if it feels right.”

When asked what it was like for him to shoot a film with his wife, Bardem simply said, “It’s wonderful.”

The two have worked together off and on for over 25 years, and have been married since 2010.

Politique (politics), as they say in French, is very much a part of the Cannes Film Festival, right from the films it picks for its two main sections — in competition for Palme d’Or and the Un Certain Regard — to the stuff actors and directors say and do.

Asghar Farhadi, one of the two Iranian directors whose films are in competition in Cannes, took a few minutes at the end of the press conference for his film to call on the Iranian government to allow his fellow director Jafar Panahi to travel to Cannes for the show of his  film, 3 Faces.

“I thought perhaps we could go on to one last point,” he said taking the mike. 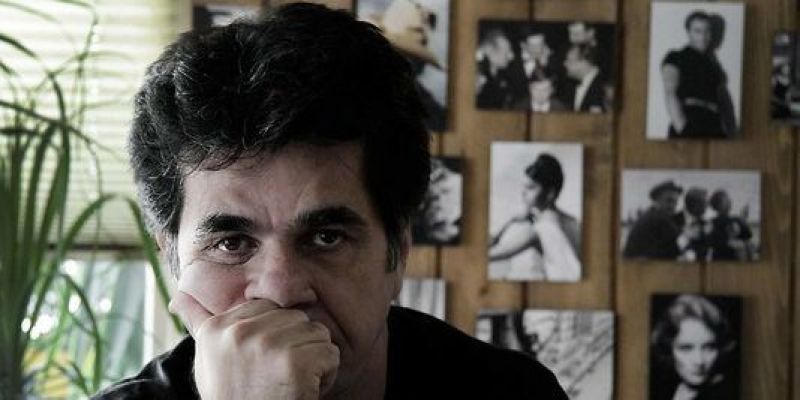 “I spoke to him yesterday. I have great respect for his work. I continue to hope he will be able to come. I think there’s still time. I would like to send out this message. I hope the decision will be made for him to come. What’s important for him is not to catch a plane, but to see how spectators view his film, how they’ll react.”

Panahi, charged with propaganda against the Iranian government, has been under house arrest since 2011.

That year, when his This is Not a Film was shown at Cannes, it had to be smuggled out of Iran in a flash drive hidden inside a cake.

It’s not known which confectionary item the director has chosen for 3 Faces, which screens on May 13.