Kylie Jenner’s little princess is being given all the love and care by her family. For the first time, the 20-year-old shared a photograph of the baby on Tuesday, and its caption revealed her name! It’s Stormi Webster. 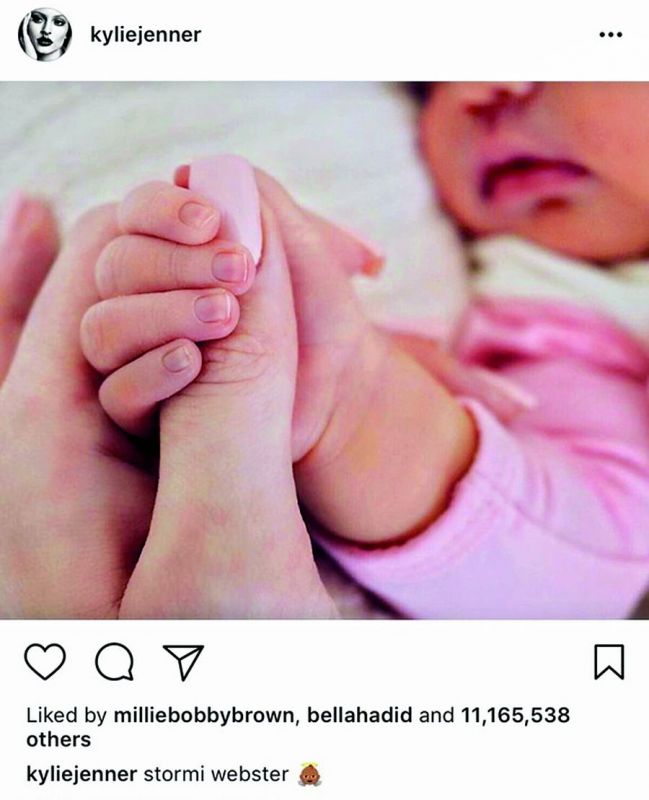 The newborn took the last name of her father, Travis Scott. But, it isn’t his stage name that she incorporated. Travis’ real name is Jacques Webster.

There was a lot of speculation about what the daughter’s name was going to be, and one of the most popular names was ‘Butterfly’.