All in the family?

Joe Jonas has revealed that his wife Sophie Turner is ‘adamant’ that she plays his love interest in every single music video that the Jonas Brothers do from now onwards.

The singer recently reunited with his brothers Kevin and Nick after the band previously split in 2013.

Dailymail.co.uk reports that Joe is being pretty honest when he admits that he’s not sure if he can fulfill her request, even though she was most recently seen in their hit single, Sucker. “I told her I didn’t think that was possible, but we’d give her the first one,” he says. 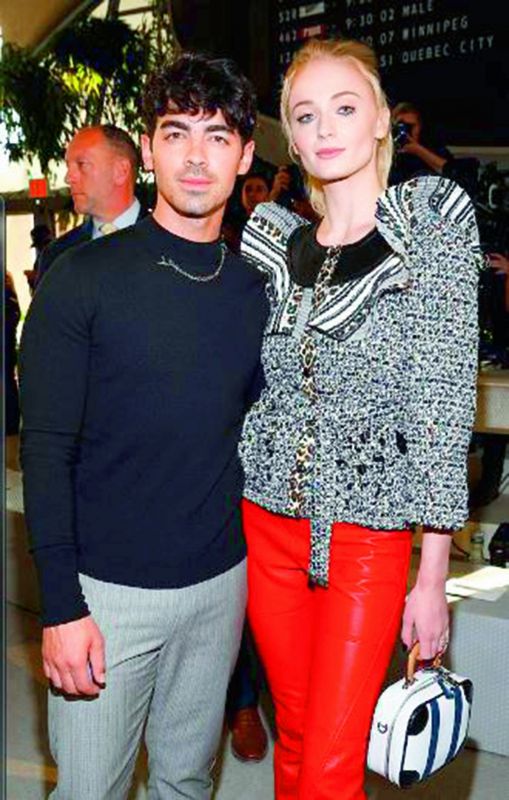 Interestingly, both their careers are in a state of change. While Sophie’s stint as Sansa Stark in Game of Thrones has just ended, Joe is enjoying a career resurgence with his family band.

“It’s amazing timing that we could be starting our life together right now,” says Joe, who married Sophie this May at the famous A Little White Wedding Chapel in Las Vegas.

Meanwhile, Joe’s dad, Kevin Sr. has expressed how ‘blessed’ they feel to have Sophie as part of their family. “From the first time we met her, we knew she was a special young lady,” he says.