Mumbai: Ian Somerhalder, who saw stupendous success and fandom with immensely popular fantasy series 'The Vampire Diaries', is returning to the world of vampires with Netflix's 'V-Wars'. The actor says audiences will get to see his vastly different side in his new series.

"I don't really have to worry about that (breaking the previous image). It was really a great character and I was fortunate to play him for so many years which was very awesome. But my character in V-Wars Luther Swann is vastly different from Damon Salvatore from The Vampire Diaries. I am really grateful to play both these characters. I am older now, I am a father and I play that on the show and that is very real for me," the actor told Deccan Chronicle in a telephonic interview from Los Angeles.

Ian plays Dr Luther Swann in 'V-Wars' and his character tries to find out the nature of the disease that has turned his best friend Micheal Fayne and many others into vampires. 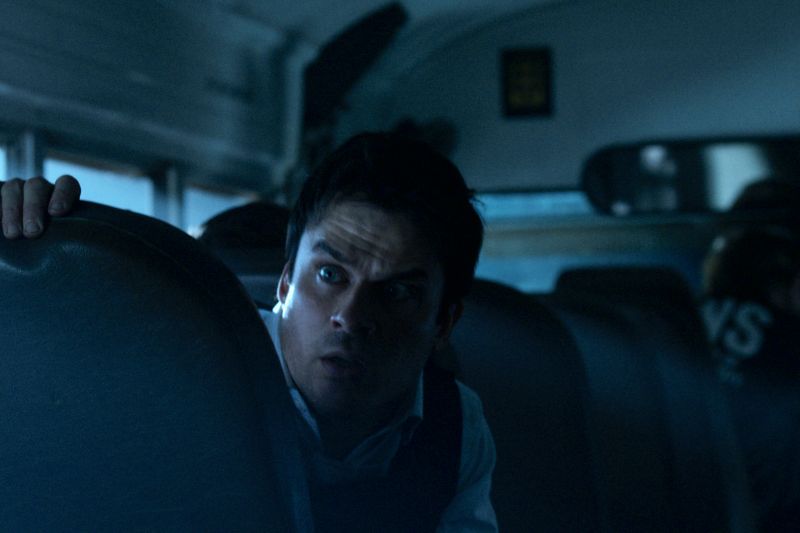 According to the 40-year-old actor, this is the first time in a series about vampires that also talks about topical issues.

"The reason this disease happens is because of the climate change. The global science community is actually raising concern because they are already seeing adverse effects of it. On the other hand, issues relating border, fear, racism and politics are prevalent in today’s world. We get to base these characters in these situations to tell the honest truth of the society. I think it is a very great way of telling a socially relevant story through entertainment that also inspires people and make them choose sides. So this is really exciting for us," he added.

The actor has also directed the series finale and serves as an executive producer. He shared that one of the writer's assistants had a India connection which added a lot to the series.

"It was not just because of her background or perspective but also her intellect. We sat and shared together many interesting stories and it was lot of fun," he said.

Somerhalder will also be sharing screen space with his wife Nikki Reed in the series and he describes his entire experience 'inspiring'.

"Well, she has an amazing cameo in the series. She is heavily involved with every aspect of her fashion and lifestyle brand; our daughter was just 8-9 months old when she shot for the series. I used to watch her working on her designs, walking on the sets, working on her scenes and breastfeeding our baby. She is really a powerhouse and incredibly inspiring."

Rihanna spotted at Roc Nation's annual brunch ahead of Grammys 2020