Mumbai: The reality star-turned-entrepreneur bought a $12 million in Los Angeles in the same area where her other two homes are situated, combined worth of which is $10.5 million. According to reports, Kylie’s mansion has eight bedrooms, 11 bathrooms, a game room, pool, spa and massage room and sits on 1.4 acres of land.

In a recent post, half-brother Rob Kardashian lost his calm on Kylie and leaked her mobile number on social media because he thought that that his fiancée Blac Chyna wasn’t invited for the baby shower of their child.

The cellular company, Verizon has taken Jenner’s number out of circulation for a year as opposed to their 50-day policy.

"Didn't invite the Mother of my child to a baby shower you all were trying to throw for me? You all must have lost your damn minds... I ain't hacked either this is rob dog lol." 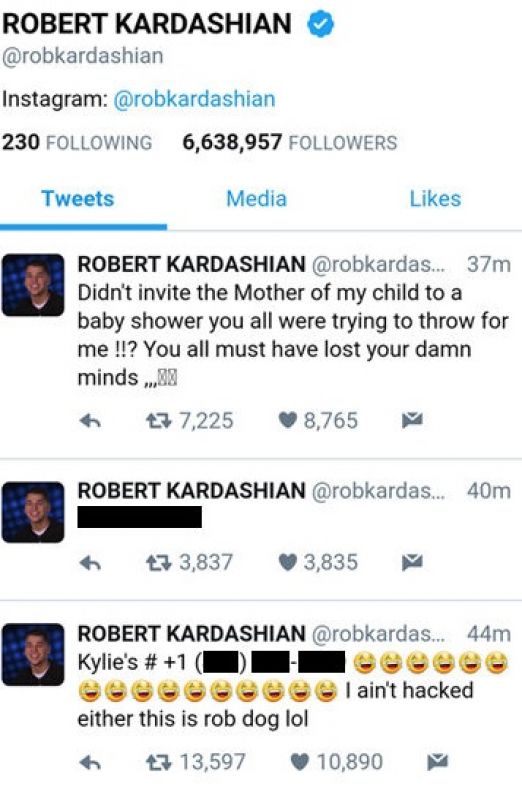 However, Rob has reportedly admitted to overreacting and blames miscommunication for it. He was quoted as saying, “It was miscommunication on my end. I thought they weren't having Chyna at our baby shower. They were trying to do a little surprise 'guy' baby shower for me before Chyna's shower and I was just upset trying to fight for Chyna like, 'Yo, she has to be at the baby shower. She's birthing my child. She needs to be there.' It was literally miscommunication and I probably shouldn't have went on Twitter, but I did.”

■Kylie Jenner's fan gets jail
■Rob Kardashian lashes out at Kylie Jenner, leaks her phone number on Twitter!
■Watch: Kylie Jenner does it again, strips down to bare minimum