There is a possibility that entering the world of Camille Preaker is a one way street, with no turning back.

Female anti-hero, troubled soul and a whodunit. This show has it all. What unnerves you is how seamlessly memory and reality take turns on screen, confusing the already engrossed watcher. And then there is Amy Adams. Phew!

After a performance like that surely she must have had to go to therapy to rejog her wiring... it’s that heart clenchingly good. Unputdownable... from a desire to find out what lies behind the tormented soul of the protagonist who comes back to her home town to deal with a toxic family, and her own stark imbalances (alcoholism and self harm), to a murder that has more complexities intertwined in it.

As a non-television person I switched to binge-watching  this series, a rare phenomenon (also only eight episodes), and surprisingly easy as I felt the utmost necessity to finish it. And felt a bit lost after. Amy Adam’s dilemmas and predicaments are that haunting. When it comes to dark stories, there are many going about their business end of things. Yet, this one is different.

The author Gillian Flynn, an entertainment journalist-turned-novelist, has seen immense success with dark realities. Be it Gone Girl (directed by David Fincher with Ben Affleck and Rosalind Pike starring) and Dark Places (with Gilles Paquet-Brenner directing and writing a screenplay in the Charlize Theron film). The exploration of Munchausen by proxy syndrome also adds that shock value to Sharp Objects — it engulfs you into the twisted, imperfect, emotionally rife and stark world of Camille Preaker... played so intuitively by Amy Adams, who is also executive producer in the Marti Noxon created series which is directed by Jean-Marc Vallée.

The story, like all Flynn stories, are about female protagonists who are imperfect, unlikeable, deeply disturbed, and complete misfits — this one sees Amy Adams go from sweet pretty girl-next-door to a disturbia-inhabiting mind, body, and reality. A crime reporter, she comes back to her town of Wind Gap, Missourie, to investigate the double murders of two pre-teen girls in a Southern society with rich haves, and poor white trash, each living disconnected lives. A broken Preaker comes face to face with the painful ghosts of a past, a family that is as twisted inside as it is perfect outside. And her mother Adora, Patricia Clarkson, whose blood curdling portrayal as a mother suffering from Muchausen by proxy sends a chill down the spine.

Preaker’s deepest anguish, pain and distressed soul haunts you, till you see only Camille Preaker, and no Amy Adams. She is that brilliant. Dealing with her own mentally disturbed past, and a mother who continues medicating her children to be a caregiver, Camille also has to battle her past memories, and a mercurial step sister Amma (played by Eliza Scanlen whose acting is splendid) and a searing hurt.

She battles on, drunk, and here enters a detective (Chris Messina) who’s chemistry with her is unmistakeable... and sadly poignant. You like this unlikeable Preaker. You want to put a salve on her wounds. There is a comment that Messina makes to the wounded Preaker who could have found her romantic opposite in him, but succumbs to the pressures of being her, “You have to move on from your past... and take responsibility for your future,” which is the quandary of her troubled soul.

The season ends on a note that makes that curiosity unbearable... and we can’t wait (yes, literally) for the next one to clear the haze in our eyes. No spoilers here, but see this “trying so hard” Preaker... 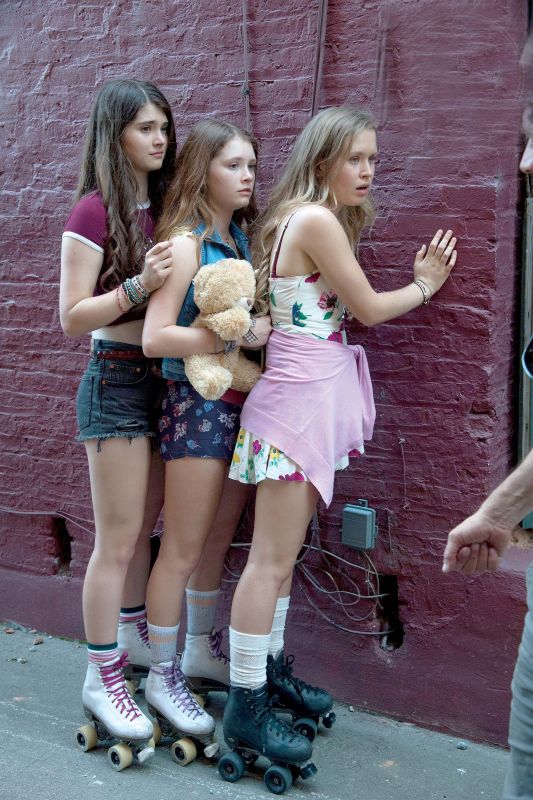 Did you know?
Flynn’s novel follows the end in greater detail, and whether there will be a next season or not is pure conjecture. There was also much turmoil on the sets with “toe-to-toe screaming matches” as Noxon and the other producers tried to reason with director Vallée over his refusal to adhere to the scripts.