Los Angeles: The 34-year-old actress has made a successful international debut with American show 'Quantico' and also stars in the movie adaptation of 'Baywatch' which releases next year.

Priyanka, who also presented at this year's Oscar awards, confirmed the news by re-tweeting a post on the official Twitter account of the Golden Globe Awards, which read, "We're also pleased to announce Timothy Olyphant, Justin Theroux, and @priyankachopra as presenters for the 74th Golden Globe Awards." 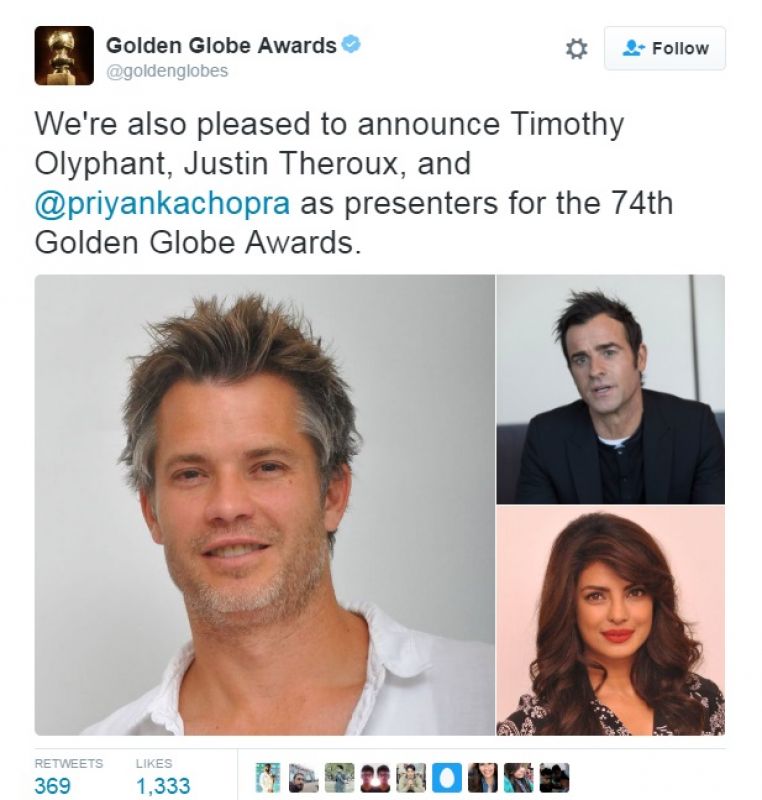 The 'Bajirao Mastani' star will help announce the winners in movies and TV during the event on January 8 along with actresses Amy Schumer, Zoe Saldana and Brie Larson, who are also among presenters for the Golden Globes.

Jimmy Fallon has been tapped to host the awards show live from The Beverly Hilton in Beverly Hills, California.

Meryl Streep, an eight-time Golden Globe winner, will be honored at the show this year with the Cecil B DeMille Award.