Mumbai: Salman Khan recently returned from a schedule of his film ‘Tubelight’ in Manali and since his return the actor has been taking some time off and spending it with his family. The superstar was spotted at the birthday bash of his brother-in-law Aayush Sharma few days ago and has now posted pictures of another party with his favourite boys.

Sooraj Pancholi, who was launched by Salman in the film ‘Hero’, is also seen in the picture. Aayush Sharma, who had accompanied the superstar on the Manali shoot, Salman’s brother-in-law Atul Agnihotri, his nephew Nirvaan were also having a enjoyable time, with all pointing towards DJ Willy in the house. 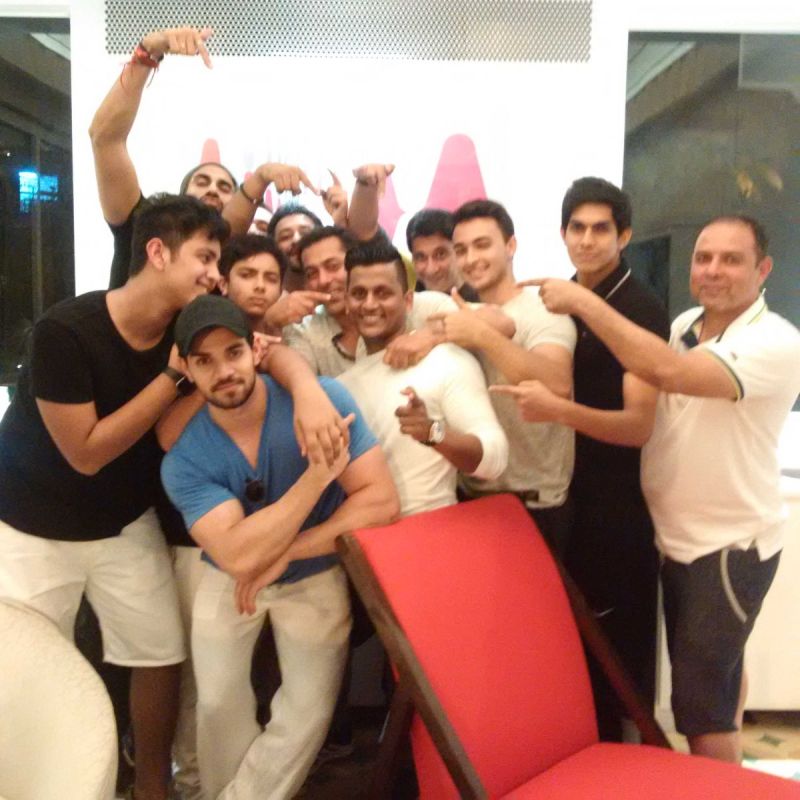 On the professional front, after the shooting of ‘Tubelight’, Salman will also be seen in ‘Tiger Zinda Hai’ opposite Katrina Kaif.