Tiger Shroff denies being approached for Sanjay Leela Bhansali’s next

Tiger Shroff is all over the news ever since he acted in ‘Baaghi 2’ and has also been roped in as the lead in ‘Student Of The Year 2’.

The actor, after getting in Karan Johar camp, according to a report, was approached for Sanjay Leela Bhansali’s next movie.

The movie according to the same reports was going to be loosely based on Amish Tripathi’s book ‘The Immortals Of Meluha’.

The report further stated that Sanjay Leela Bhansali and Tiger met quite often to discuss the project and Tiger, even though interested, is yet to give his nod.

However Bollywood’s Baaghi denied all such speculations writing, “This story is absolutely untrue. There was no conversation as such” 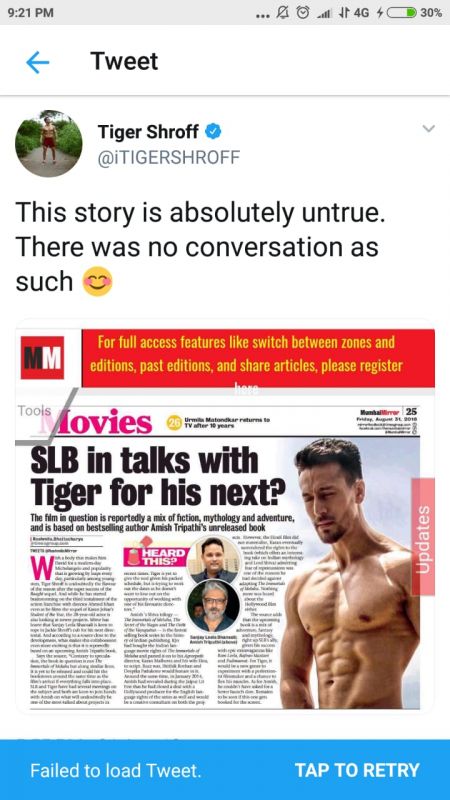