‘Bhoot next door’ Shraddha opens up on Stree, Saaho, nepotism and B-Town couples

Mumbai: Shraddha Kapoor’s career has been a rollercoaster till now. The actress’ first two ventures sank without a trace, but bolstered by ‘Aashiqui 2’, she bounced back in style and had consecutive successes for three years, before her box office lull since late-2016.

Despite that, she has four films in her kitty, ‘Stree’, ‘Batti Gul Meter Chalu’, the biggie ‘Saaho’ and the biopic on Saina Nehwal, and we feel box office redemption is surely in sight for Shraddha.

In an exclusive interview with Deccan Chronicle, the actress opened up on the first of the four ventures, ‘Stree’, the Prabhas starrer, nepotism, gossip around Bollywood couples, and much more. Excerpts:

Tell us something about ‘Stree’ and your role.

The film is a horror comedy as everybody knows. I completely fell in love with it when I heard the narration. I was laughing, so I completely reacted to it like an audience. And I felt I have to be a part of this film and was so happy they offered it to me. It’s essentially about this so-called ghost who is after men who venture out alone at night. Whether I am the ghost or not is something you will find out. It’s inspired by true events that have actually happened across India and urban legends as well. So it’s a fun space, and I was so excited to be a part of this.

Yes, actually it’s the first time that I’m a part of a film like this. I’ve done slightly more intense films and characters, so it was quite nice to experience this.

Your father (Shakti Kapoor) is known for comedy, so did you take any tips from him?

Yes, he’s absolutely known for his comedic roles, and he was also really thrilled that I was doing this movie. He doesn’t really need to give me any tips because watching and observing him every day is an inspiration as he’s so funny in real life.

It was fabulous. I’m a huge fan of his work. So it was awesome that I got this opportunity to work with him. There’s so much that I learnt by observing him. Not just him, but even with Pankaj ji (Tripathi), Aparshakti (Khurrana), Abhishek (Banerjee), the rest of the boys in the film. It was amazing to be surrounded by such good actors. I used to be very nervous to act with them, but I felt like it’s such a beautiful experience, and I would be excited as well. 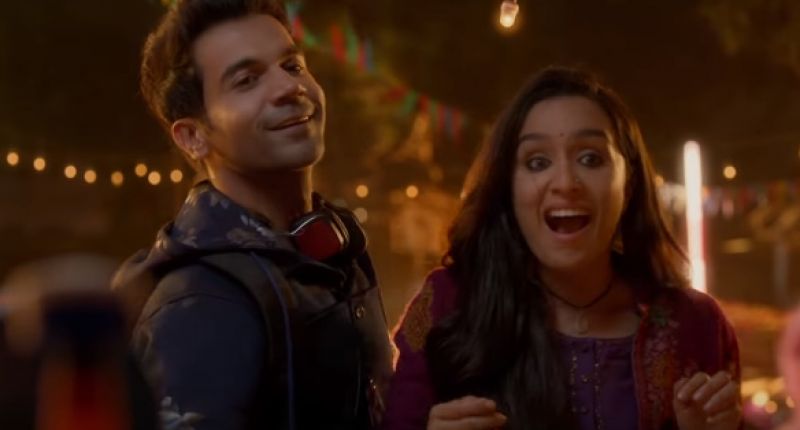 I don’t like watching horror films at all, I get very scared. I’d pick comedy any day.

Which are your favourites in the genres?

I haven’t watched many horror films. I used to watch 'The Zee Horror Show' as a kid. Then I became more and more scared so I stopped watching anything to do with horror. In comedy, ‘Andaz Apna Apna’ is my all-time favourite, and many other films.

In this film, you look more like the girl-next-door…

Or is she the bhoot (ghost) next door?

It’s like your ‘Aashiqui’ or ‘Ek Villain’ looks. Do you feel people like you more this way?

No, actually I think the look is very different. It’s more small town, like I have the nose pin and also because there’s a lot of mystery to this girl. 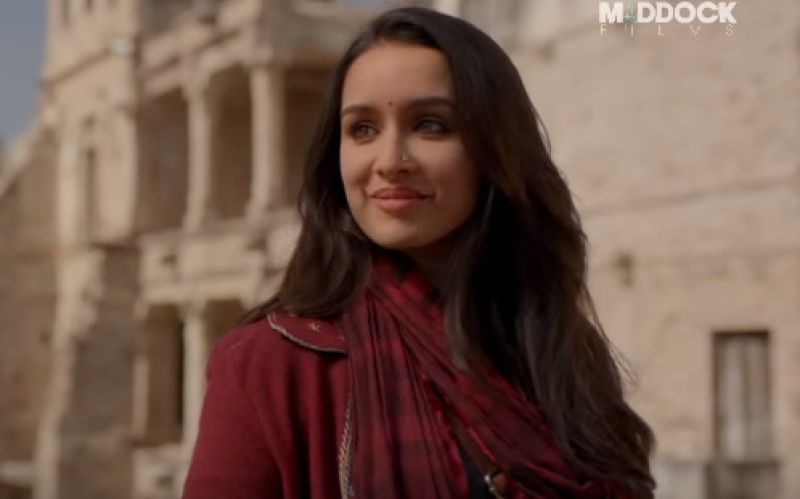 Which are the most horrific and hilarious incidents of your life?

I keep laughing, so there’s something hilarious that keeps happening every day with my team, so it’s good fun with them.

Most horrific incident is that I get very scared of lightning and thunder, so I become like a mouse completely.

So were there any such incidents on the sets?

On the set, there were a couple of weird instances. One of the lightmen fell off from a particular height, and he actually thought someone pushed him. So that was a bit eerie.

Nepotism keeps coming to the forefront of discussions. Recently, Suhana Khan was trolled for it, so you being a star kid, how do you look at the whole debate?

I haven’t heard anything about her being trolled. And I think this nepotism debate has become very old now and personally, I can only speak about myself. Nobody gave me a film because I was Mr Shakti Kapoor’s daughter. I had to audition, I faced a lot of rejections. So I really feel like you really do sustain only on your own effort.

You’ve done a lot of dance numbers in your career, but most have been club numbers, but ‘Milegi Milegi’ is the first time you’re dressed in Indian wear and showing ‘latkas and jhatkas’.

It was a lot of fun. And also Raj is such a fabulous dancer, it was a revelation and I had a blast doing this song with him.

One of the taglines of the film is ‘O Stree Kal Aana’, so which woman will you say that to in real life?

Maybe one of my friends, because today I’m promoting (laughs).

‘Batti Gul Meter Chalu’ (21 September) will come out after ‘Stree’ (August 31). Do you feel you’ll be overexposing yourself in the span of three weeks?

I feel both the films are so different. So it’s almost after a year (Haseena Parkar) that I have a release, so I’m looking at it as a good thing. I get to be a part of two nice films.

What’s the difference you feel while working with a debutant director (Amar Kaushik) vis-a-vis one of the veterans?

Amar was so sure of what he was making, extremely confident and the story is so fabulous. And he’s made our film with a lot of love. So he just does not seem like a debut director. It was a blast working with him.

B-town couples are very much in the news, be it Ranbir Kapoor and Alia Bhatt or Priyanka Chopra and Nick Jonas. Do you follow the gossip?

Honestly, I don’t follow gossip, and I don’t give importance to it at all because I have much better things to do in life. Even when my parents ask me for some gossip, sometimes I say I don’t know anything. Yes, you end up hearing about certain things, but you don’t pay much attention unless you hear it from the horse’s mouth. You feel, ‘Okay, it must be any other kind of rumour.’

It has happened personally with you too, when you see your love life being printed. What is your reaction when that happens?

What’s the status of 'Saaho'?

‘Saaho’ will release next year. I just shot an action sequence for it. Quite a lot of it is still left.

It’s a very small, sweet film. I hope people go and watch it.

'Stree', produced by Maddock Films, hit the theatres on Friday.

■Didn’t mimic Shah Rukh Khan in Stree, that’s how we show love: Rajkummar Rao
■My family couldn’t believe I was doing film with Shraddha: Stree helmer Amar Kaushik
■‘Stree’ Shraddha Kapoor, surrounded by men, hunts for her target on late night prowl
■This is how Shraddha Kapoor was spooked by Pankaj Tripathi on the sets of Stree!
■Batti Gul Meter Chalu couple Shahid, Shraddha's 'Hard Hard' dance was worth the wait