Aamir enjoys quality time with family, but his picture with Ira has offended many

Mumbai: Mansoor Khan, director of the some of the most loved films in the past few decades like ‘Qayamat Se Qayamat Tak’ and ‘Jo Jeeta Wohi Sikander’, celebrated his 60th birthday at his farmhouse in Coonoor recently.

He was joined by his cousin and actor of most of his ventures, Aamir Khan, his mother Zeenat, wife Kiran Rao and kids Ira and Azad and even ‘Thugs of Hindostan’ director Vijay Krishna Acharya.

Be it having meals together, playing with a cat in the park, posing with fake moustaches, and clicking pictures, the family surely had an enjoyable time in the hill station, as is evident in the pictures that’s made its way to social media.

However, one of the pictures shared by Aamir of him playing with Ira 'Dangal' style didn’t go down well with a section of the netizens.

They were offended by ‘such a picture’ during the month of Ramadan, calling Ira ‘half-naked’ and asking her to wear ‘respectful’ clothes and have respect between a father and daughter, even calling him ‘non-Muslim.’

And others took reference to his infamous intolerance comment by talking about the ‘freedom’ he was enjoying, and how intolerance was growing because of ‘such people.’ They also slammed him for eating during daytime during the holy month.

Check out some of the comments:

However, there were people who stood up for Aamir and his family and gave a fitting response to the ‘offended’, by asking them to cleanse their minds, stressing that the picture only showed the lovely bond between the father-daughter duo. 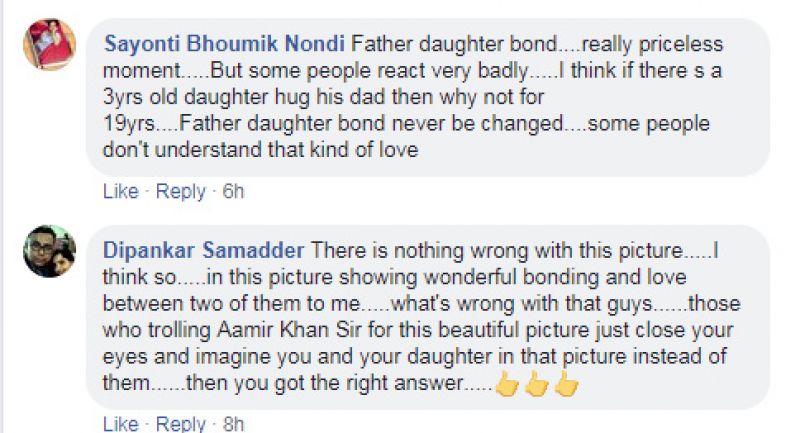 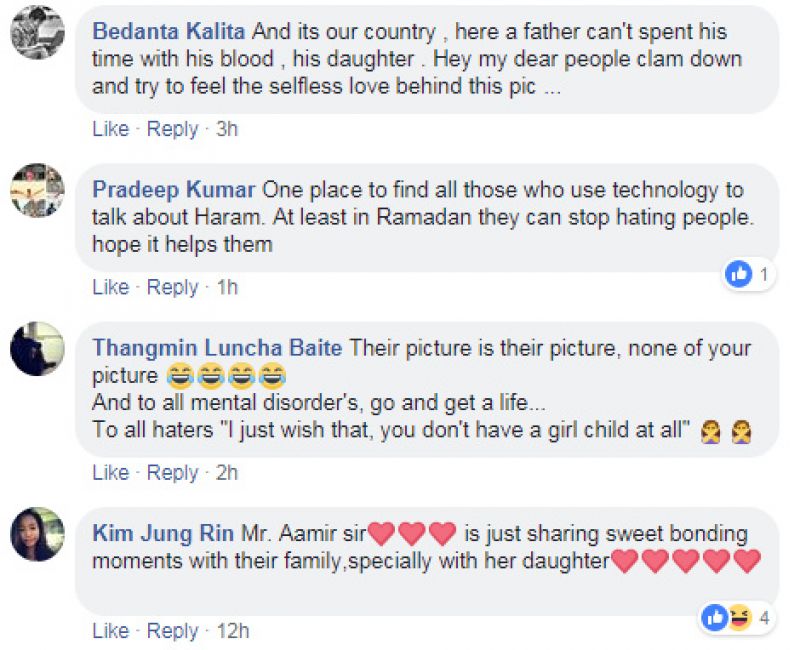 Just few days ago, Aishwarya Rai Bachchan also had to face negative comments for kissing her daughter Aaradhya on the lips.

■Aishwarya Rai Bachchan trolled for kissing Aaradhya on the lips, celebrities react
■Fatima Sana Shaikh slammed for wearing swimsuit during Ramzan
■When Aamir was 'stuck in quicksand', unable to come out and how it changed his life
■No to Sunil Dutt, yes to Sanjay Dutt: The real reason Aamir Khan refused Sanju
■Double treat: Hrithik's Krrish and Aamir's Mahabharata to go the Baahubali way