DECCAN CHRONICLE. | PALLABI DEY PURKAYASTHA
Published May 31, 2017, 2:55 pm IST
Updated Jun 1, 2017, 3:39 pm IST
At this moment, nobody wants to even mention her acting prowess or go gaga over the reality that she has put India on global map.

Mumbai: An innocent move on the part of Priyanka Chopra, during a chance meeting with the Prime Minister of India, Narendra Modi, in a foreign land that has no connection whatsoever with the Indian garment ‘sari’, has suddenly turned her into a fallen icon, an object of ridicule for the same Indians who very snobbishly flaunt her to the world, often labelling the self-made actress as this country’s pride.

One may wonder as to what could have triggered us to transcend from holding this well-accomplished lady in high regard to stooping down to the level of calling her disrespectful, a disgrace to the nation, in the wink of an eye? Nothing. Absolutely nothing.

If logic is let in for a while and nationalism asked to excuse itself, one may see the reason behind her opting for a western dress (never worn by an ‘Indian nari’ ever, not at all) over its ‘bhartiya’ counterpart. First, PeeCee was in Berlin to promote her first ever Hollywood project ‘Baywatch’, the same film that these hypocrites use as a tool to combat their third world insecurities, and possibly had no idea that she would stumble upon the PM and was clearly in no position to drape a sari around her waist. And secondly, is there a written rule that demands women be fully clothed if and when they meet Indian dignitaries? No.

The problem is with us constantly trying to blend in with the more liberated strata of this bigoted society. But what we are actually doing is struggling to shun our misogynistic approach towards life. Sadly, we live in a nation where men turn monsters behind closed doors as well as in broad daylight, where men can flash their buttocks on screen for a senseless romcom but women must hide their ankles and bow down to the powerful.

We live in a country where a movie star is considered a national hero for featuring in a biopic that very conveniently twists the plot and tampers with the history to cater to the needs of nationalists but women are not spared for wearing a knee-length, full shoulder, turtleneck dress. At this moment, nobody wants to even mention her acting prowess or go gaga over the reality that Priyanka Chopra has put India on the global map, in ways more than one. All they know is that she sat across the PM cross-legged in a dress that does not reveal any part of her body and is in no way an indication of disrespect.

Was such a lovely coincidence to be in #berlin🇩🇪 at the same time as the Prime Minister. Thank you @narendramodi Sir for taking the time from your packed schedule to meet me this morning. 🇮🇳

A renowned writer, Sreemoyee Piu Kundu, has very aptly captured the functioning of an Indian mind that is used to witnessing male dominance and frowns when women demand for an egalitarian society.

She observes,"Isn't it ironic that in a country where a woman is trolled and labelled as disrespectful for wearing a short skirt infront of the Prime Minister, a girl is raped every seven minutes. Where ministers watch porn in Parliament, make the most regressive statements about women; their reproductive rights and their bodies; where children are gruesomely abused even in the protective environs of their schools; where acid is thrown on a woman's face to take revenge for her saying no to a man's sexual advances; where heroines titillate masses with lewd dance movements mouthing obscene, double meaning lyrics; where justice eludes rape victims who are persecuted for their character and their choices, as simple as returning home late. Where husbands carefully selected, tear into their wife's insides in the darkness of their own bedrooms, where a woman's place in a marriage is pleasure provider and procreation and where dowry is seen as reflecting her father's social status. Where a single woman is either a slut or a failure. Where divorced women are characterless and husband snatchers. Where homosexuality in women is seen as a dreaded curse. Where an entire sex is beaten, brandished and berated. Still, all we can pick on, is a popular Bollywood actress who has crossed over and makes her country proud. Who is a global desi icon when it suits our convenience. Never our conscience!"

The nozzle of the well-cultured gun has fired in the past; that one time when two-time National Award winner Kangana Ranaut attended the prestigious 63rd National Award Ceremony in an off-shoulder dress. Many tagged her bold move as ‘breaking the dress protocol’. Of course, Kangana was not informed well in advance about the gospel code or the fact that anything that is even remotely related to the word ‘nation’, must be associated with depiction of our unique culture. 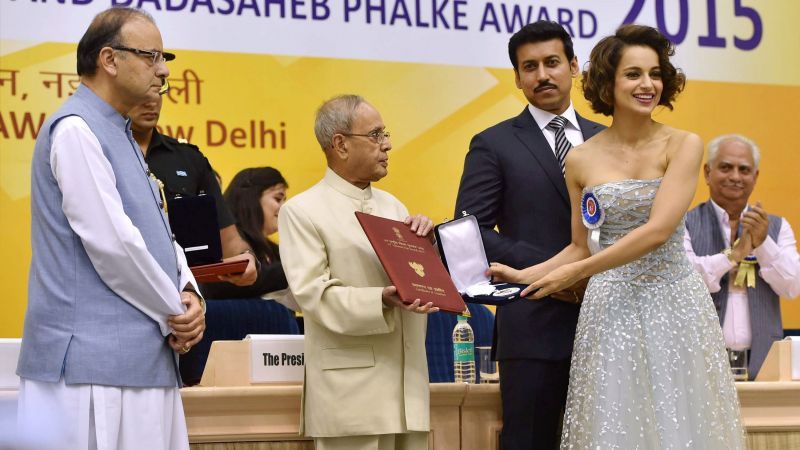 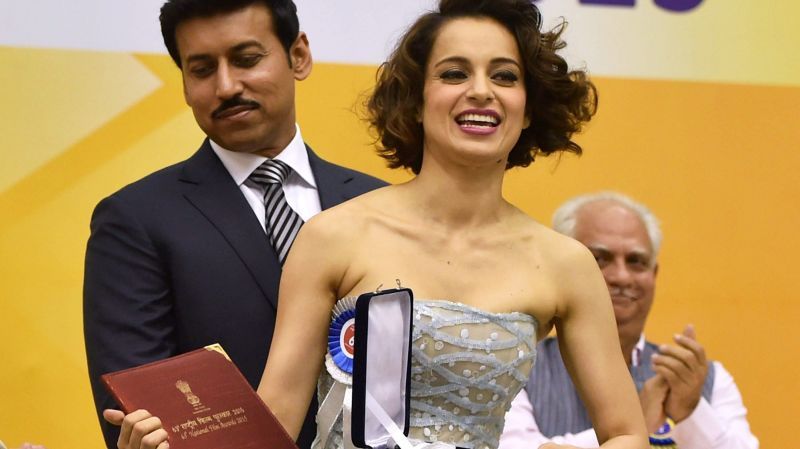 And the definition of culture for Indian women should be a drape varying from five to nine yards in length, called ‘sari’.

Here are some of the hateful messages that came Priyanka's way after she posted a picture of her with the PM on Instagram: 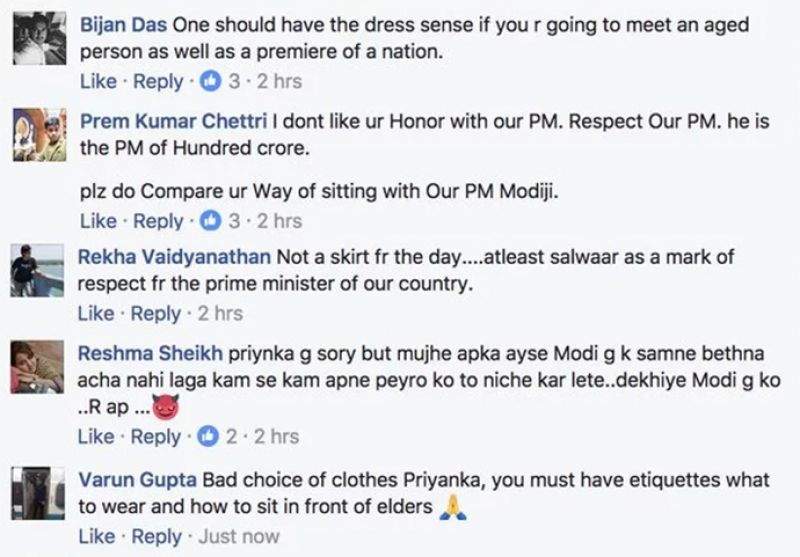 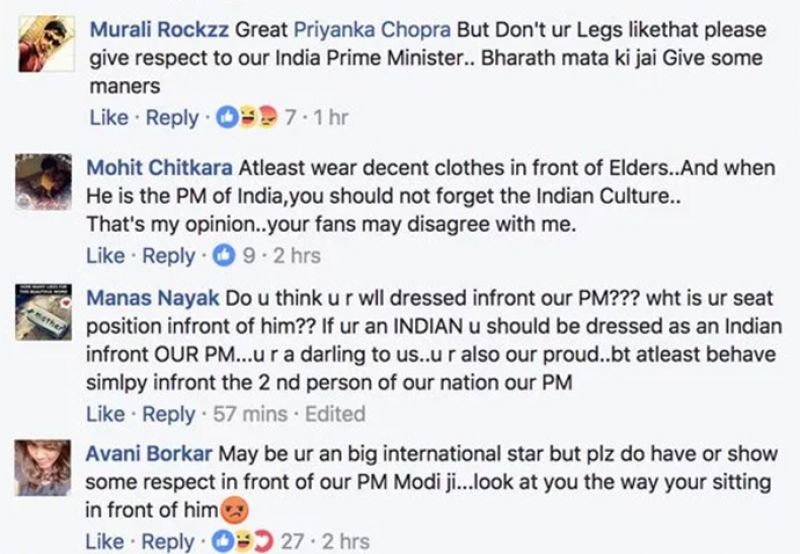 But the badass Bollywood diva that Priyanka is, she got back at haters in her signature, classy way- a picture with mother Madhu Chopra, both flaunting their legs without an iota of shame, and rightly so.

■'Lovely coincidence' for Priyanka Chopra, as she meets PM Modi in Berlin
■Priyanka slams people who criticised her dress from the PM Modi meeting