Actors Amitabh Bachchan and Rishi Kapoor’s tranformation for the film 102 Not Out.

If you’ve ever wondered how your favourite actors transform so convincingly into animals, monsters, aliens or even real-life characters, you’ve got prosthetic make-up to thank. From adding body parts, wounds and wrinkles to making someone age by 50 years or more, good prosthetics can make a world of difference in blurring the lines between reality and celluloid.

Take the case of Deepika Padukone, whose first look as acid attack survivor/activist Malti from Meghna Gulzar’s Chhapaak has left fans speechless. Not only has the actress selected a strong role to essay, but she looks absolutely unrecognisable, which is the first step towards a convincing portrayal.

Earlier too, actors have virtually gotten into the skin of the characters they were playing, like Akshay Kumar in 2.0, Rajkummar Rao as a 324-year-old man in Raabta, Rishi Kapoor in Kapoor and Sons, Shah Rukh Khan in Fan, Randeep Hooda in Sarbjit and Keerthy Suresh in Mahanati — the list goes on with due credit to make-up, especially prosthetics.

“Make-up is one tool through which any look can be achieved. Depending on the requirement, one can look old, young, have wounds — absolutely anything. More than an art, make-up has become a science, especially prosthetics,” says make-up artist Aashmeen Munjaal.

Actress Shweta Tripathi Sharma, who has shot with prosthetics for her upcoming movie Gone Kesh, echoes her thoughts. The film revolves around a girl who is diagnosed with alopecia, a condition where she starts losing hair rapidly.

Says Shweta, “Prosthetics help the character look real. But the make-up should be done by experts, otherwise it can look fake. The first challenge is to sit through hours of applying the make-up and then another hour to remove it. The temperature needs to be controlled along with physical movement,” 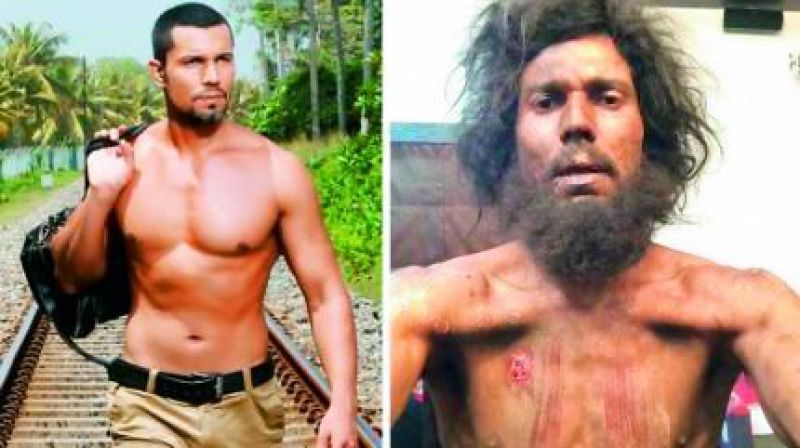 So how challenging is it to recreate real-life characters? National Award-winning make-up, hair and prosthetic designer Preetisheel Singh, who, worked on Nawazuddin Siddiqui's look for Thackeray, the biopic on Shiv Sena supremo Balasaheb Thackeray and Amitabh Bachchan and Rishi Kapoor as a 102 year-old man and his 75-year-old son respectively in the film 102 Not Out, says, “We definitely face a lot of challenges when we have to set an actor’s face, especially for biopics, where we have to make them look like the character that they are playing. For Thackeray, it was a bit difficult in terms of execution for Nawaz because the features were completely different. We initially worked on photoshop designs and finally ended up using a prosthetic nose and chin piece along with a bald cap to resemble Thackeray’s receding hairline.”

She adds, “We got the wig created to make him look like the Shiv Sena supremo, but apart from all this, Nawaz is a great actor, so he used both the prosthetics and his body language to great advantage.”

Elaborating on the exact process of getting the look right, she shares, “Look designing is one of the important processes in the make-up of a film. It involves reading the script, doing a lot of research and then designing every character based on the requirements. While digital software helps, we also use manual sketches depending on the kind of look that we want to achieve.”

As an expert in her field, Preetisheel highlights that prosthetic makeup is a very detailed and technical process. Not only does one have to get it right, but the time frame must also be kept in mind. And of course, environmental conditions need to be taken into account too.

“While an actor is in prosthetic make-up, it is very important to take care of the weather conditions while on shoot which means air conditioning is a must. That way, the make-up would be intact with minimum touch-ups for a 10 to 12 hour shoot,” she adds.

Yet another prosthetics expert, Mark D’souza, admits that the scenario in India has drastically changed.

He says, “In the past, a hero would always look like himself, but today, our stars are open to changes in their appearance which involves transformation with the help of prosthetics. This is a big win for all make-up and prosthetic designers.”