They are rich, powerful, popular, give us #RelationshipGoals and enjoy the unique privilege of having their names fused together.
We’re referring to the Virushkas and Saifeenas of Bollywood – the power couples, who have taken marital bliss to a whole new level. The latest to join this esteemed group are newlyweds Deepika Padukone and Ranveer Singh, who tied the knot in an ethereal wedding ceremony in Italy. Pictures of the happy couple were splashed all over social media and it wasn’t long before articles speculating the couples combined monetary worth began doing the rounds.

Some would say that this trend is unprecedented in Bollywood because in the years gone by, marriage signalled the end of an actress’s career.

Never was it considered that on tying the knot, the actress’s brand value would be enhanced with the addition of a marketable partner, making their union a force to be reckoned with.

Bollywood trade analyst, Komal Nahta, underscores this point when he says, “Earlier when heroines got married, they would retire from the industry; the minute she got married, her career was over. So there was no question of a ‘power couple’ because only the man would continue to work and retain his stature in the industry. Power couples have come about because both, the man and the woman, continue to work and are both doing well. And this has happened only since the past 10-15 years.”

International image consultant, Zohra Chitalwala, echoes this point by saying, “To be a power couple, both persons must have a strong individual presence. This only gets stronger after the couple gets married. There isn’t a taboo anymore, and so marriage doesn’t negatively impact the woman’s career.”

That is why, when a Finapp report pegged Virushka’s net worth at around Rs. 600 crore, it took into account the financial standing of both Virat and Anushka since both contributed significantly to the figure. While Virat rakes in the moolah through match fees and brand endorsements, Anushka does so through movie remunerations and commercials. The actress even has her own film production and distribution company called Clean Slate Films.

The same kind of financial and brand value parity can be seen between other power couples, like Ranveer and Deepika or Saif and Kareena.

Similarly, Bollywood’s original power couple — Shah Rukh and Gauri Khan — are known for having strong individual personas and presence. While the former is an incredibly popular actor, the latter has made a name for herself in the interior designing space and even co-founded the film distribution company, Red Chillies Entertainment with her husband. 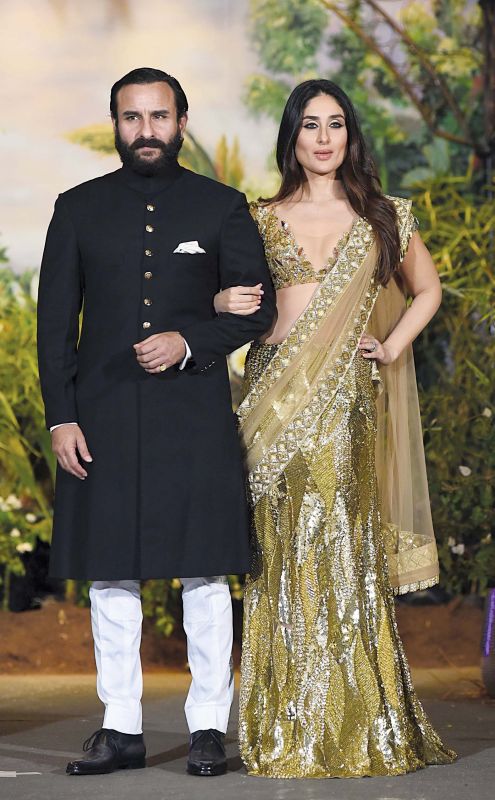 The same can be said of Akshay Kumar and wife Twinkle Khanna, who have gathered huge fan-followings in their respective fields – Akshay as an actor and Twinkle as an author.

While feminism seems to have bolstered the trend of the power couple, there are those who believe that social media too has a key role to play. Relationship expert Nisha Jamvwal says, “Power comes with positivity. These couples are powerful because as individuals, they exude warmth, friendliness, and positivity, not just towards each other, but also towards their fans and well-wishers. You can only be powerful if you’re loved and these couples are loved. Whether it’s sharing personal moments or responding to a fan, they communicate and make their presence felt.” So, whether it’s an adorable Dubsmash video by Deepika and Ranveer, or Anushka congratulating the Indian cricket team on Twitter, or SRK and Twinkle pulling a fan’s leg, these powerful better halves surely know how to connect with their fans.

Hitesh Rajwani, CEO of Social Samosa, too vouches for the power of social media. He says, “The trend of power couples has been there for quite some time, but social media has made this trend mainstream. Social media has also been instrumental in increasing the fan following of these power couples. It starts with real emotions shared by couple itself, which triggers interest and content through memes, gifs, videos, photographs, and articles. This eventually spirals into a huge amount of love from fans across social media platforms. All this buzz and eyeballs adds to the power and brand equity of the couple.”

Reckonable brand equity is like a gift that keeps on giving and so these already powerful couples attract bigger and better deals. “Power couples provide brands with interesting collaborative opportunities because they open up new avenues and possibilities,” insists Hitesh. And so whether it’s getting them to endorse a product or sign a film or simply share exclusive images of their personal moments, all kinds of collaborations turn out to be profitable.  “Brands do capitalise on a famous wedding and the publicity benefits not just the couple, but a large number of people,” concludes Zohra.