I don’t want to do something that would embarrass my family: Preity Zinta

Actress Preity Zinta, last seen with Sunny Deol in Bhaiaji Superhit looks back at her career and calls Chori Chori Chupke Chupke as one of her most challenging films.

“My most daring film was Chori Chori Chupke Chupke in which I played the character of Madhubala. But I was acting in the film with the head of censor board — Salman Khan. He ensured that he changed dialogues or costumes that he felt were cheap,” she recalls.

“Salman has a very old-school of thinking in a good way. He made sure that there had to be decency and even grandma should be able to watch the movie. I also have some basic laws in my life where I don’t want to do anything that would embarrass my present family or my future children,” she added. 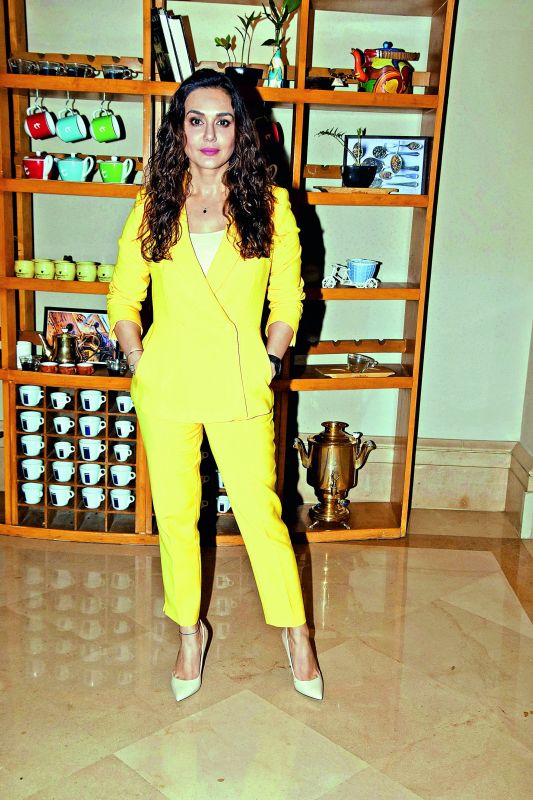 The actress who has never hesitated to decline a project, is proud of the manner in which she has conducted her professional life.

“I was quite honest. If I didn’t like the script, or didn’t see myself in that particular role, then I would straight away say ‘No’. You always have better choices when you have the choice of saying ‘No’. As a result, this ‘No’ word is a very important aspect of your life,” the Kya Kehna actress argues.

“As long as you have the option to say ‘No’ to someone, your life is great. And this is that one thing I have learnt. Today, things that I want to do are because of my own choices,” she added.