While the teaser of Shah Rukh Khan’s much-anticipated ‘Raees’ released more than a year ago, fans of the superstar are still waiting for the trailer of the film. The wait is all set to end as the trailer will finally be unveiled on 7 December, with the news being shared by Shah Rukh himself in this new video he posted on Twitter.

The actor, who is dressed in his attire from the film, in a way takes a dig at his own ‘aa raha hu’ dialogue from the film by accepting that he has been saying it since a long time. He also shares in the video that he will interacting with audiences in various theatres across the country at the time of the launch at 11 am through UFO technology and so asked them to come prepared with the questions.

These are the theatres where fans would get the opportunity to interact with Shah Rukh.

The actor also posted a picture with the director Rahul Dholakia and Nawazuddin Siddiqui, adding that they were giving finishing touches to the film. 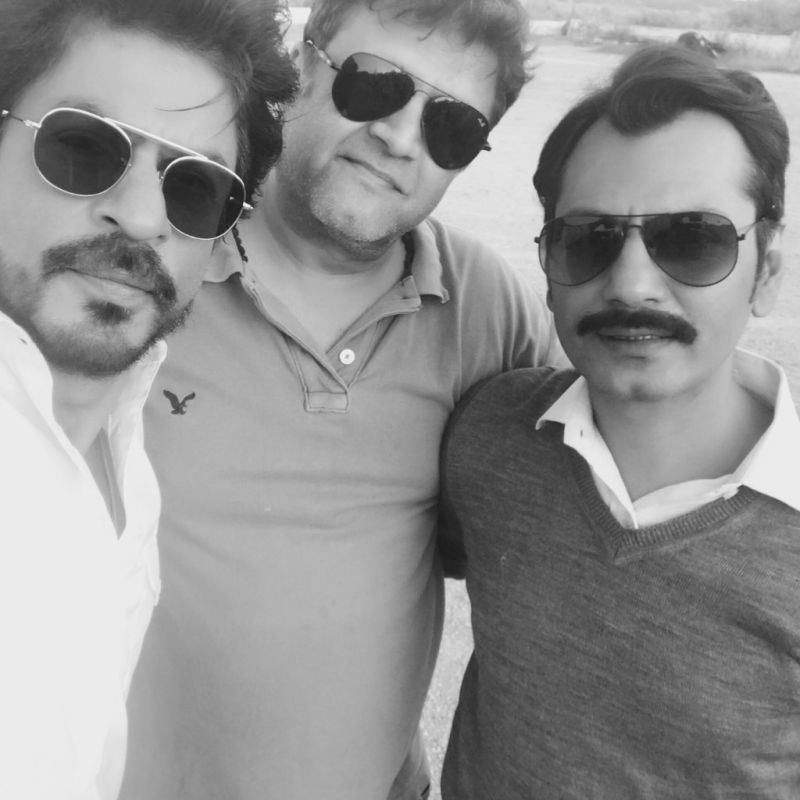 ‘Raees’ is slated to release on January 26 next year.

■'Why would SRK restrict business of his film?: Sanjay Gupta on Raees-Kaabil clash
■Watch: Mahira Khan's mom couldn't believe her daughter bagged a role in SRK's Raees
■Will Shah Rukh Khan's Raees trailer be released in the next 48 hours?
■Farhan Akhtar does not want Hrithik Roshan’s ‘Kaabil’ to do better than his ‘Raees’
■Rakesh Roshan unfazed about Kaabil and Raees clashing