Mumbai: After watching filmmaker Karan Johar’s film ‘Ae Dil Hai Mushkil’, the actor is all praise for the film. Bollywood’s Mr. Perfectionist think Anushka, Ranbir and Aishwarya ‘Killed it’ in the film.

Not only that but Aamir also went ahead and called Ranbir ‘the best actor’. He also praised Karan Kohar.

Aamir Khan took to his official Twitter account to react on the film. He tweeted, “Just saw Ai Dil... WHAT a film!!! I just LOVED it! Karan has hit the ball out of the stadium... Ranbir, Aishwarya and Anushka have just killed it. Ranbir is the best actor! Period! A must see!” 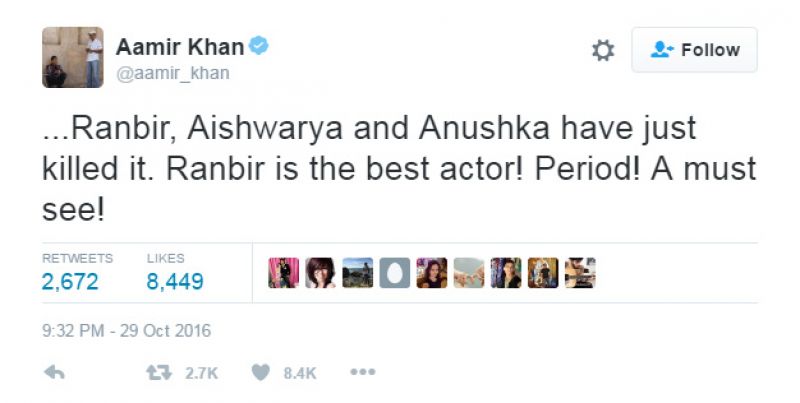