Rohan, who is a popular name in the art world, known for his abstract art and attractive sketches, is also a big fan of Pooja to the extent that he recently decided to surprise her with her sketch created by water colour. 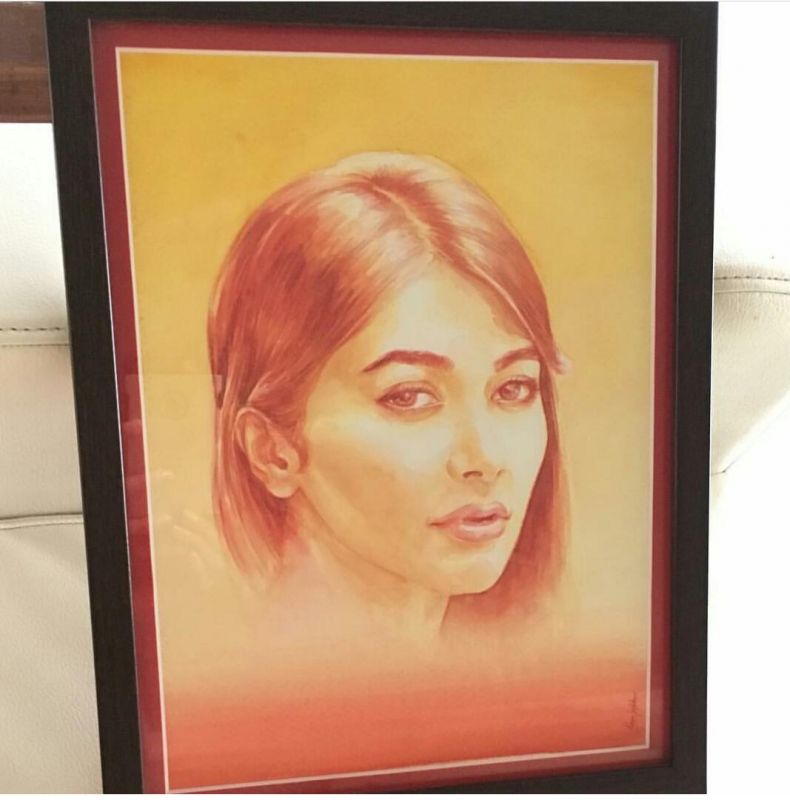 Rohan, who has been following Pooja’s work closely during their growing up years, was mesmerised by one of her close-up photographs that she shot for, and so he decided to sketch the same and shared it with Pooja on her Instagram account.

Pooja is flattered by her friend’s kind gesture and affection and thanked him for the same.

She says, “Rohan is an exceptional artist and I have watched him paint and draw beautifully since a child and I can say for sure that this genius is getting better by the minute. I’m grateful to him for gifting me this.”

The actress will next be seen in Allu Arjun's 'Duvvada Jagannadham'.